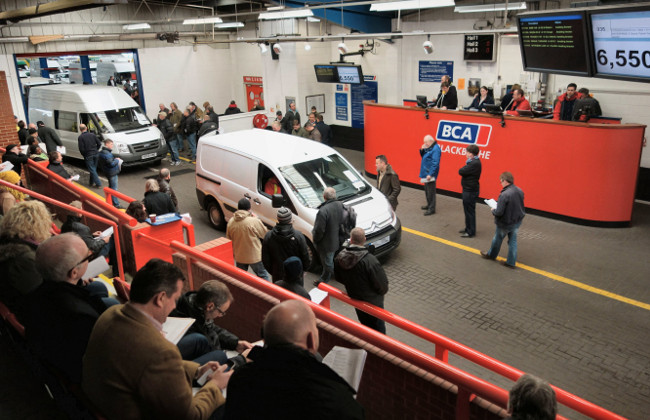 The average price of a used van at auction rose by £7 in June from the level seen in May, according to auction group BCA.

However, this headline figure masked falls in the average sale value of fleet/lease vans and those from dealer part-exchange deals. These are the two high-volume segments of the market — the price rise was largely the result of the low-volume but typically expensive nearly-new sector.

To put these changes in context, it’s probably worth noting that average used prices have now been pretty flat since October 2016:

However, the average age and mileage of vans sold have been falling steadily over the last year. In June 2016 — one year ago — BCA sold vans with an average age of 53.2 months and an average mileage of 69,618 miles.

Today, those figures have fallen to 50.3 months and 65,693 miles. Although prices have risen by 9.3% since last June, I’d argue that this is largely a reflection of the van’s younger age and lower mileage. In essence, I think the used van market has been largely flat over the last year.

Comments from Duncan Ward, BCA’s LCV Operations Director, suggest to me that the auction group shares this view:

“While average selling price appears resilient, this is largely due to the influence of a younger, lower mileage profile of vehicles currently reaching the market and the growing volume of corporate stock handled by BCA.”

“The model mix continues to change as rental volumes ease, and 4×4 double cab volumes continue to rise.  The latter sector continues to experience price pressure and this can make guide values look overly optimistic. Condition and specification remain as important as ever and sellers should be aware that it is vital to appraise and value vehicles accurately to reflect current market sentiment.”

Sales of pickups have skyrocketed over the last year, so it’s interesting to see that this is now being reflected in auction volumes. These models are fairly pricey, so it could be that this too is helping to support average prices.

It’s also interesting to see that rental volumes are easing after having a big influence on the market earlier this year.