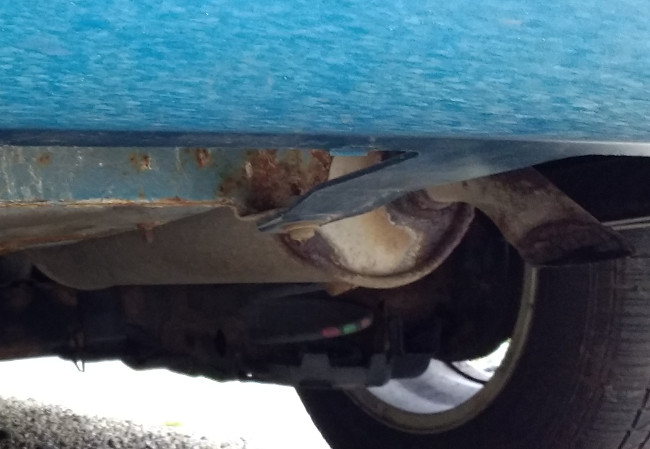 As expected, Leeds City Council has put forward proposals for a Clean Air Zone (CAZ) to be introduced in the city from 2019.

The council has little choice in this, as it’s been identified by DEFRA as one of six cities in England not expected to meet air quality standards by 2020. Thus it is required to introduce a Clean Air Zone.

The good news for van operators is that under the council’s preferred proposal, vans would not be included. Here’s what we know so far:

What impact will this have?

First of all, it’s clear that the CAZ won’t have any impact on van operators or van hire companies in Leeds.

It will affect some lorries which enter or work within the city, and probably rather more buses, coaches, taxis and minicabs. Especially as a loophole allowed by the government meant that most bus operators were still buying Euro V buses throughout 2014.

However, it’s worth bearing in mind that Euro VI trucks and buses have now been on sale since 2014. So by 2019, a good selection of used models should be available to operators on a tight budget. Self-employed taxi and minicab operators may struggle to upgrade, but the council says it plans to seek government grants to help them transition to cleaner vehicles.

Ultimately, I believe that the long-term public health benefits should make any short-term costs worthwhile. The reality is that air pollution kills 29,000 people a year in the UK.

What you should do now

The proposals have been put forward for public consultation. If you operate vehicles in Leeds that are likely to be affected by the CAZ, or believe you or your business would be adversely by these changes in any way, you should take part in the consultation process.

Will vested interests oppose the CAZ?

The FTA has put out an angry press release in which it warns that “many businesses in West Yorkshire are likely to face significant extra costs”. Slightly surprisingly, the FTA release does not even pay lip service to the benefits of reduced pollution.

Instead, the FTA’s only interest appears to be in creating alarm among its members, in order to encourage them to submit objects to Leeds City Council.

To get the ball rolling, Malcolm Bingham, FTA Head of Policy for the North of England, states that the plans are “much more extensive than anticipated”.

I’m not sure if this is really true, but anyone wanting to see the range of choices considered by the council and the reasons for their choice can read this document. It seems likely to me that the proposed plan is actually the minimum possible in order to meet air quality requirements.

“it will be local residents, as customers or employees, who will pay the price for this plan.”

Mr Bingham doesn’t seem overly concerned by the risk of health problems caused by air pollution, which tend to affect the local residents he’s talking about — especially their children and elderly relatives.

In my view, Mr Bingham’s comments on the scope of the CAZ are also open to misinterpretation. He states:

[Businesses] with new, non-compliant vehicles will be forced to write them off.

Well that might be true, but most trucks and many buses sold since January 2014 have been Euro VI compliant. So Mr Bingham’s paying members — haulage companies — are unlikely to have any “new, non-compliant vehicles” in 2019. Non-compliant trucks are likely to be at least five years old.

Mr Bingham also has a suggestion for Leeds businesses:

Whether companies operate a single van or a large fleet of trucks, they must establish how they will be affected by these proposals and send their comments to Leeds City Council.

I agree that affected companies should contact the council. Although as vans won’t be affected by the CAZ, I’m guessing that companies which “operate a single van” probably won’t be hit too hard by the Leeds CAZ.

Surely the FTA is capable of taking a more balanced view on the pollution problems facing the UK’s major cities?