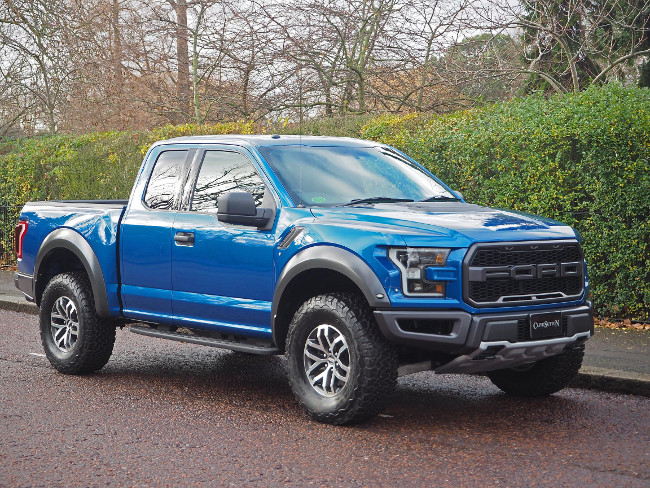 Until now, owning a genuine American pickup with right-hand drive has been pretty much impossible. But specialist luxury car dealer Clive Sutton has changed that, with the UK’s first right-hand drive conversion of a Ford F-150 Raptor pickup.

The fully-converted model is now available for the not-so-bargain price of £89,000 +VAT. Converting an existing F-150 Raptor, should you happen to own one, will cost around £32,000 +VAT.

In case you’re not familiar, the Raptor version of the F-150 is a high-spec version of the standard F-150, with extra off-road equipment including super knarly off-road tyres and upgraded long-travel suspension. Power is delivered by a twin-turbo 3.5-litre V6 engine which delivers 450 horsepower through a 10-speed automatic gearbox.

The conversion has been done in depth and includes a right-hand drive steering rack, precision-sculpted cabin fittings and a fully ‘mirrored’ cabin and dashboard conversion.

Even the Ford Sync 3 infotainment system has been reprogrammed with full European mapping and radio frequencies. 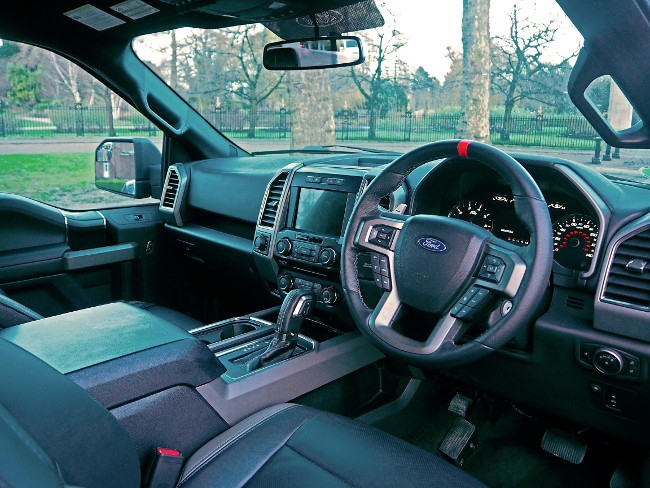 Sutton’s first converted model is a SuperCab model in Lightening Blue. Ford’s SuperCab is a smaller version of the SuperCrew crew cab, so while it can seat extra passengers, they won’t have as much space as in a full-size crew cab.

That’s probably just as well, because according to this US review, the full-sized SuperCrew cab adds an extra 12 inches to the truck’s already gigantic dimensions (compared to a standard UK-spec pickup)

If a ‘standard’ F-150 just isn’t enough, then Clive Sutton has something even more special on offer. Renowned US tuner Shelby is producing a limited run of 500 Shelby-tuned Ford F-150 pickups.

In among these will be 150 F-150 Super Snake models. These heavily modified trucks are built around a 750hp supercharged 5.0-litre V8 engine and will have more than 45 proprietary components. The price will be £120,000, including VAT. 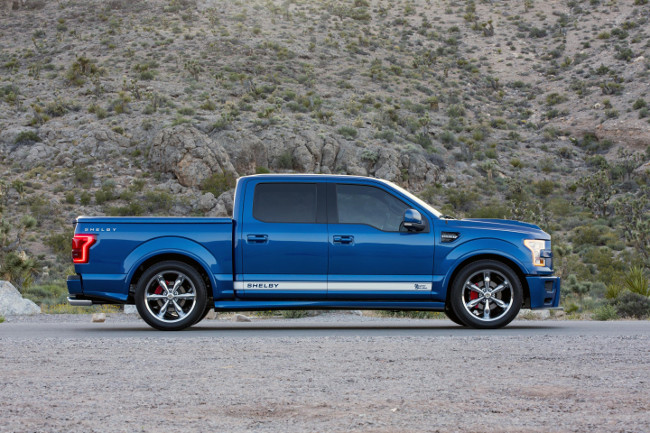 The Super Snake promises to be a true super truck. But just two of these models will be available in the UK, so anyone who is interested should contact Sutton as soon as possible.