Following the unveiling of the all-new Ford Tourneo Custom minibus back in February, Ford has released the first pictures of the van version – the Ford Transit Custom. The van will go on show for the first time at this month’s CV Show in Birmingham.

The Transit Custom will go on sale late in 2012 and is a big step towards Ford’s goal of refreshing its entire commercial vehicle line up by 2014. 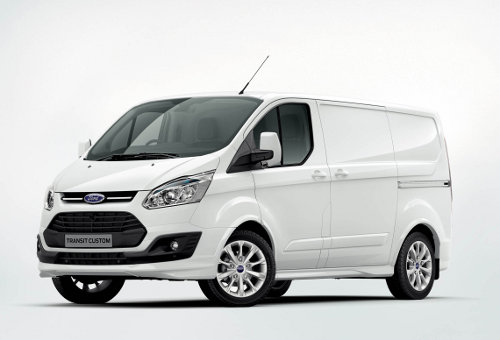 The new Ford Transit Custom - on sale later in 2012

Like the current Transit, The Transit Custom will compete in the one-tonne sector and will initially be available with payloads ranging from 600kg to 1,400kg.

Ford says that the Transit Custom is intended to dramatically expand the traditional customer base of the Transit with its car-like looks, comfort and driving dynamics. It’s certainly a dramatic departure from the more van-like current model and if it retains the toughness of the regular Transit it should prove very appealing to SMEs and tradesmen owner-drivers. 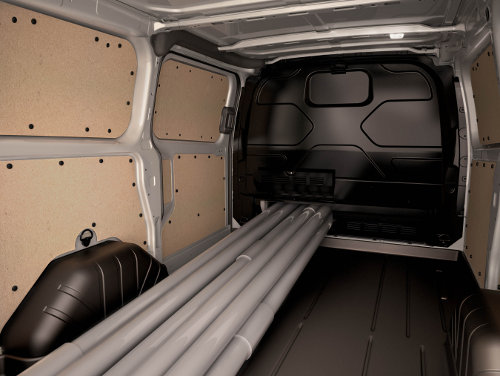 The Transit Custom will be powered by the same generation of 2.2-litre diesels as current models. Ford promises that the improved versions of Ford’s 2.2-litre Duratorq TDCi diesel engine will offer class-leading economy and buyers will be able to choose from 100PS, 125PS and 155PS power ratings. Auto-Start-Stop will also be featured as standard on Stage V vehicles, delivering combined fuel consumption of 6.6l100km (42.8mpg) and 174g/km CO2 emissions – a reduction of up to 8 per cent on the equivalent current Transit.

Minimising overall cost-of-ownership was a high priority throughout the vehicle design and development, with key features including minimised maintenance and repair times, a 12-year anti-perforation warranty, and the longest service intervals in the class at two-years /50,000 km/30,000 miles. 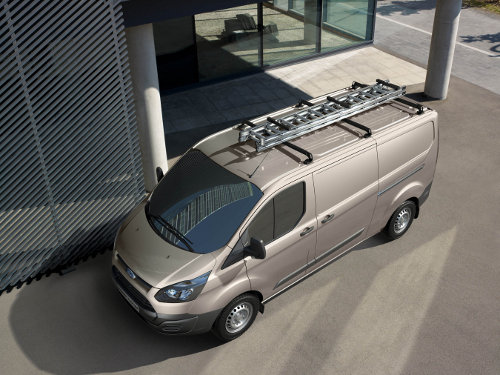 Despite its car-like looks, Ford has promised that the Transit Custom will lose none of the practicality of the current model

“This may be a more stylish Transit, but it’s a more functional Transit too,” said Barry Gale, Commercial Vehicles chief engineer, Ford of Europe.  “The additional features we have built into the load space make everyday functions more convenient – so it’s easier for customers to do their job.

I’m a big Transit fan and have owned two – I can’t wait to see the next version when it hits the road later this year.