Since last year’s pictorial roundup of the CV Show in Birmingham was so successful (it’s become one of the most popular posts on the site!), I thought I’d do another one this year.

The Commercial Vehicle Show 2013 is currently underway at the Birmingham, and as usual, there are a plethora of new and nearly-new van models for van operators and enthusiasts to inspect, drool over and consider buying.

Here, in no particular order, are some of the van highlights from this year’s CV Show.

First up, and one of the undisputed highlights of the show, the new Ford Transit range, starting with the all-new Transit Courier compact van, which is due to go on sale in Spring 2014: 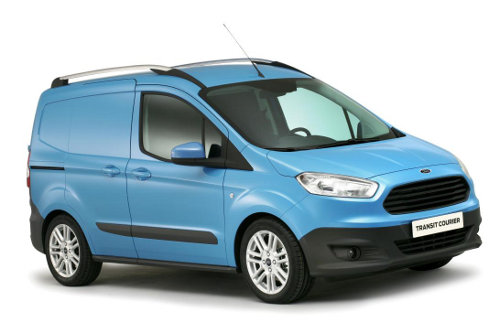 The all-new Ford Transit Courier made its global debut at the CV Show 2013. 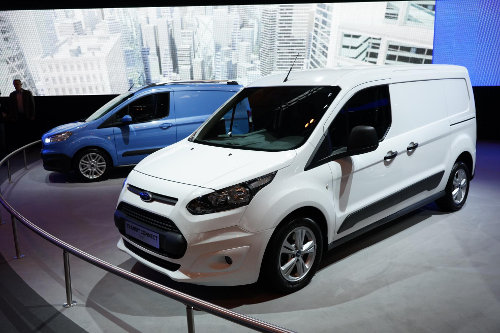 The new Ford Transit Connect at the CV Show 2013

Next up in size, and not new (it’s already on sale), but still damn sexy, the Transit Custom: 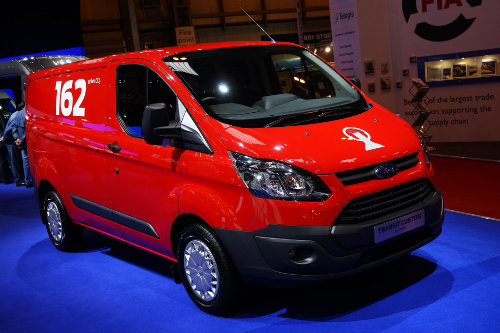 The new Ford Transit Custom at the CV Show 2013

Finally, the big Daddy of the Transit range, the Transit two-tonne. This model is a full size van that will compete directly with vans such as the Mercedes Sprinter, Volkswagen Crafter, Fiat Ducato, whereas the current Transit is smaller than these models. 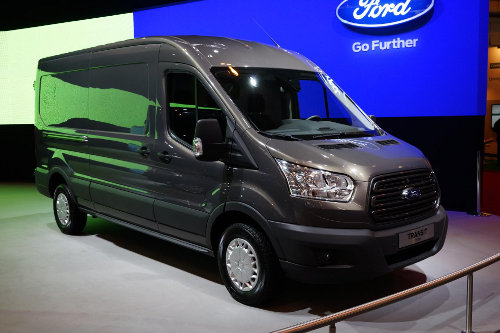 If you’re not a Transit fan, then don’t worry — that’s all. I promise not to mention the ‘T’ word again…

Next up, the Citroen Berlingo Electric has stolen a march on most of its competitors by being the second all-electric production version of this popular van. The first was sold between 1998 and 2005, while the new model is due to go on sale later this year, I think: 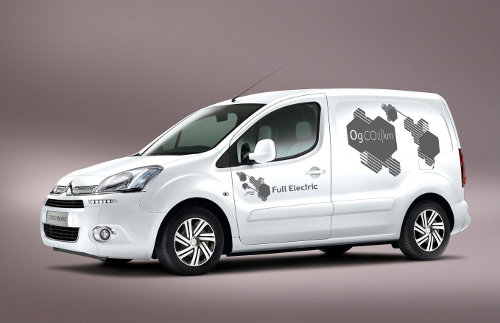 The Citroen Berlingo Electric made its UK debut at the CV Show 2013. The van’s batteries are stored below the floor, meaning that load capacity is the same as the standard van. It’s due to go on sale later in 2013.

For something completely different, let’s sneak a look at this classic ERF lorry, which was on MAN’s stand (it now owns the ERF brand, which has now been discontinued). It’s not a van, but is a looker and bound to awaken nostalgia for the days when British lorries were slow, noisy, uncomfortable, unreliable and cold, in any older readers hearts… 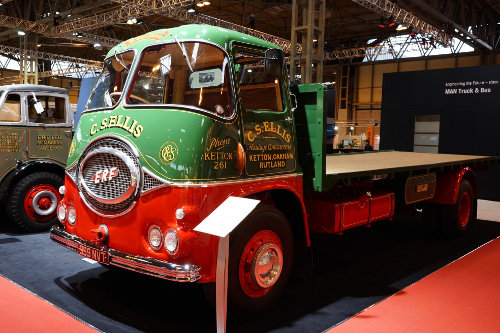 Next, the Fiat Ducato tipper, which is now available directly from main dealers, along with its smaller and quirky sibling, the Fiat Doblo Work Up: 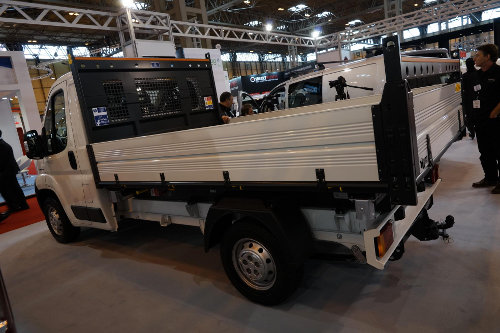 The Fiat Ducato Tipper can now be ordered directly from Fiat dealers. 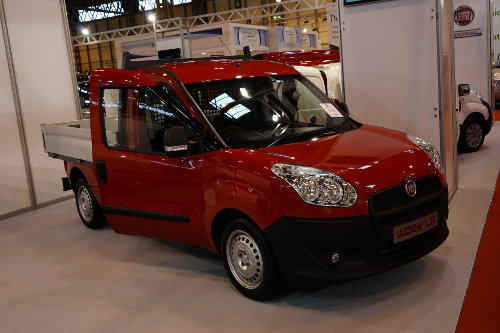 The Isuzu D-Max pick-up, with an optional utility body and ‘suicide’ rear doors on display: 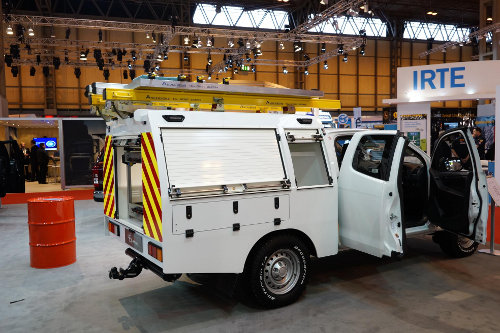 Next up, Mercedes has recently moved into the small van market with the Citan, which is not a rebadged Renault Kangoo. Honest. Here it is, in all it’s Germanic glory: 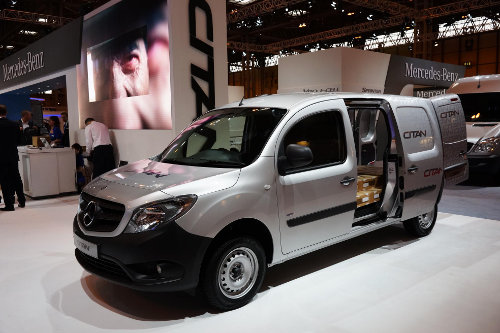 The Citan is Mercedes’ first small van for quite a few years.

Now this is a real Mercedes — an old Unimog fire appliance, on display outside the NEC exhibition hall. You just can’t have too many pictures of Unimogs! 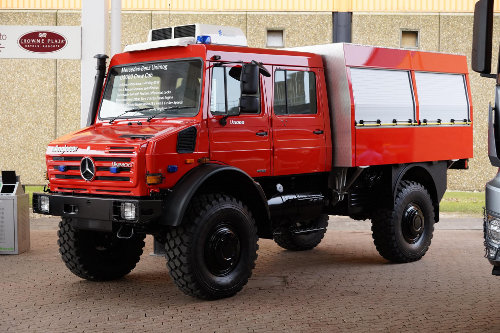 A classic Unimog fire appliance on display outside the exhibition hall at CV Show 2013.

Mercedes also launched a new version of the Vito at the CV Show. The Vito Effect is basically a Vito Sport in style, but has a standard 113 CDI Euro 5 engine under the bonnet. Could be popular. 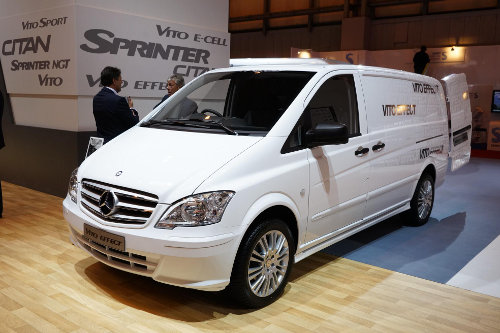 The Mercedes-Benz Vito Effect is a new model that combines the styling of the Vito Sport with a standard and more economical 113 CDI engine.

Finally, you’ve been asking, and I’ve been waiting to see one on the road — I still haven’t, but the MINI Clubvan is undeniably a good-looking set of wheels that is bound to be popular with people who want a more exclusive and upmarket alternative to a Fiesta Van… 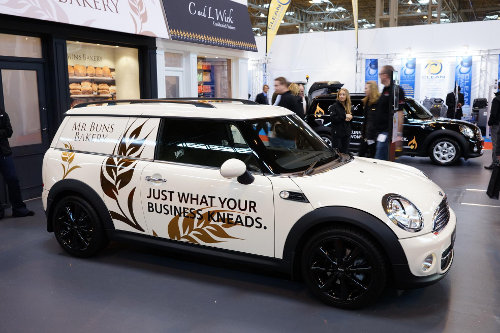