Note: If you’re looking for information about the Misfuelling Prevention Device – as seen on Dragons’ Den – click here.

More than 50,000 RAC members put the wrong fuel in their car in 2007, according to a report released by the breakdown company. 50,000 drivers – and that’s just the RAC members who requested breakdown assistance following their misfuelling mistake… 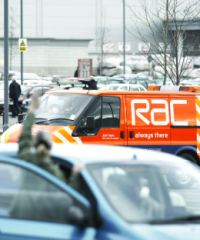 As a driver of a hire van, you are probably more likely than average to put the wrong fuel in your van – especially if you normally drive a petrol car. You may be busy and pre-occupied with driving a large, unfamiliar vehicle – and using the petrol pump is probably a deeply-ingrained habit.

Unfortunately, putting petrol into a diesel engine can damage it severely. At best, you will have to pay for a mechanic to pump out all of the fuel from the vehicle – at worst you will cause thousands of pounds worth of damage to the engine.

Whatever happens, your rental company will hold you responsible for any costs resulting from you misfuelling – so it pays to be careful.

Here are some helpful tips from the RAC for drivers of diesel vehicles:

Here’s what to do if the worst happens:

If you have started the engine and driven the vehicle before realising you have put the wrong fuel in, then stop the engine as soon as possible and call for breakdown assistance. If you’re lucky you will just need all the fuel pumping out of the vehicle and there will be no engine damage.

However, it’s possible that you will have caused serious damage to the engine. The main reason for this is that petrol does not have the oily, lubricating qualities of diesel. This means that using petrol can cause accelerated wear and overheating damage in a diesel engine – bad news.

Finally, most of these comments apply to putting diesel into petrol engines, too. The only difference is that you shouldn’t be able to do this. Diesel nozzles are wider than petrol nozzles and don’t fit easily into petrol filler necks – so if you are having to force a fuel nozzle in, stop. You will be using the wrong fuel.

3 thoughts on “Diesel Drivers Beware: Using The Wrong Fuel Could Cost You £’000s”