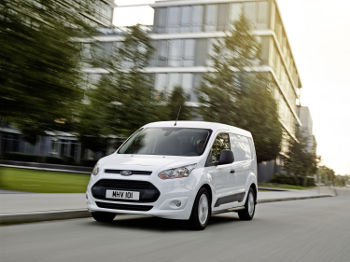 The Ford Transit Connect will be available with a new Euro VI 1.5-litre diesel engine this summer.

Ford has released details of the latest updates to its Transit Connect small van model, which will go on sale this summer.

The changes revolve around making the van Euro VI compliant and to this end, Transit Connects will get a new 1.5-litre TDCi diesel engine to replace the outgoing 1.6l model.

The Transit Connect will also gain some new gadgets, including Traffic Sign Recognition and Lane Keeping Aid, while Ford’s SYNC2 smartphone integration technology will make its debut in the European van market.

The Transit Connect is available in van and crew cab bodystyles with L1 and L2 (short and long wheelbase) variants. Payloads of up to 1,000kg are available. Ford says that so far this year, sales are up by 93% compared with the same period last year.

The updated Transit Connect will go on sale this summer. There’ll also be an updated version of the smaller Transit Courier. Good news here — Ford has seen sense and will now offer this compact van with its fantastic 1.0-litre EcoBoost petrol engine. Fuel consumption of up to 55mpg should be possible, according to the firm.

In such a small van, especially in urban use, petrol makes far more sense than diesel, but few manufacturers seem willing to embrace this logic and sell it to their customers.