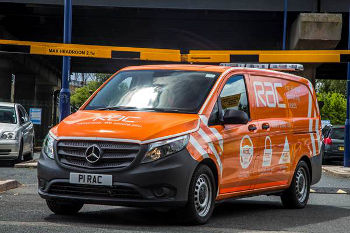 The RAC has just taken delivery of the first right-hand drive Mercedes-Benz New Vito to roll off the German marque’s production line.

The van, which bears the private registration plate P1 RAC, will be used by RAC Patrol Ben Wilson, who has just been crowned as the RAC’s Patrol Ambassador of the Year.

Vitos have been a fixture in the RAC fleet since 2005, and the organisation remains a fan of the model. One reason for this is that it is available with rear-wheel drive, which is unusual in this size of van.

The RAC prefers rear-wheel drive as it provides superior traction for towing, using the fold-down towing trailer fitted as standard to RAC patrol vans. The Vito’s compact size makes it well suited to urban use, where the van can safely access multi-storey car parks when the light bar is folded down.

Interestingly, although AA vans use a similar fold-down towing frame, the AA doesn’t seem to have the same preference for rear-wheel drive: it has just taken delivery of 500 new front-wheel drive VW Transporter vans for its fleet. 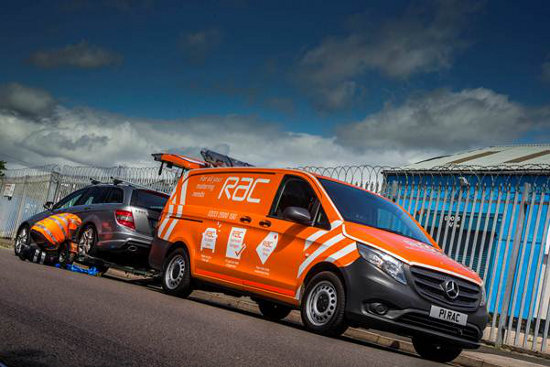 Rear-wheel drive provides superior traction when towing, especially in the wet or when going uphill

Getting back to the RAC’s new Vito, a fairly high level of specification has been chosen.  The van is a 116 CDi long wheelbase, 3.2t model, powered by a 163 hp Euro 6 BlueTEC engine. Power is transmitted to the wheels via Mercedes’ optional 7G-Tronic Plus automatic gearbox. This is unique in the van sector for being a (traditional) torque converter automatic with seven gears and is an interesting choice, for the RAC.

The vehicle carries the RAC’s distinctive orange livery, and has been racked out by Bri-Stor systems to carry a full inventory of 500 tools and parts that each RAC patrol carries, as well as fuel and a special folding trailer for cars that require towing.

The RAC is currently in talks to acquire a further 42 New Vitos, all of which will be equipped with automatic transmissions.