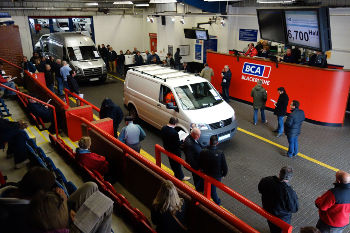 Used van prices rose by an average of £100, or 1.8%, in September, according to auctioneer BCA, compared to August.

However, compared to September last year — a more usual comparison — the average sale price only rose by £47 to £5,607. That’s despite a 5,000 mile drop in average mileage, and a slight reduction in average age.

Perhaps more significant is that the average percentage of CAP (book) price achieved has fallen from 103.9% in September 2014 to 99.8% in September 2015. In my view this suggests prices are reverting to more normal levels, relative to age, condition and book.

This is a view shared by Duncan Ward, BCA’s LCV Operations Director:

“We are now seeing the return of more typical market conditions with balanced supply and demand and elements of seasonality taking effect. The market was strong in September with average values increasing across the board and good levels of demand from buyers for well presented, good quality commercial vehicles.”

Ex-fleet/lease vans are usually under four years old, in good condition and with one large corporate or public sector owner from new.

As such, they are desirable second-hand buys and a realistic alternative to a new van for many van operators. This also makes them a good barometer of used van market conditions, in my view.

The average price for an ex-fleet/lease van fell from £6,550 last September to £6,416 last month, despite average age and mileage remaining broadly unchanged.

I’m not suggesting that used van prices are falling off a cliff. They aren’t.

But the trend over the last year is clearly one of stagnation and modest decline, especially in the high-volume fleet/lease sector: 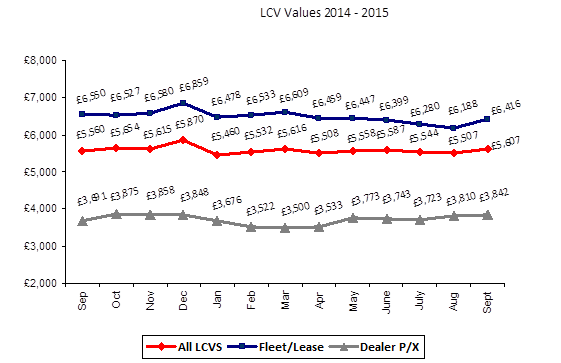 The fact that used prices are remaining relatively firm in the face of a surge in new van registrations makes it clear that demand for used vans remains strong.

I may have overstated the downside case in previous posts, but I suspect the trend visible above may have a little further to run yet, before bottoming out.