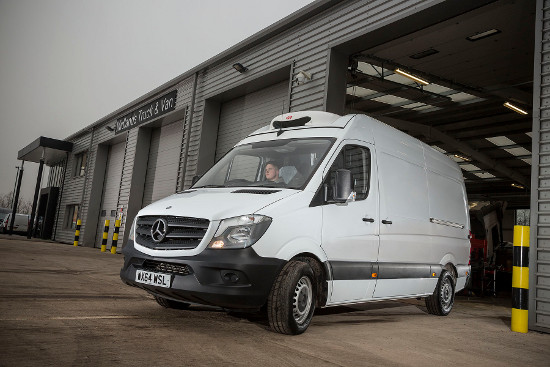 “We’ve certainly tried vans by other manufacturers but they didn’t stand up to the job as well as a Mercedes-Benz,” he said. “The Sprinter offers outstanding reliability, fuel-efficiency and driver appeal, as well as leading the market in terms of its safety features. Everyone likes to drive a Mercedes-Benz and when it comes to spot rental in particular, it can help to finalise a deal if the vehicle you’re offering has this high level of quality.

Although Freezerent has tended to buy Mercedes Approved Used Sprinter vans in the past, the firm’s 100th Sprinter is a brand new model in 313 CDI spec with a GAH refrigeration unit fitted by Vantastec.

Freezerent anticipates that new vehicles with single- and multi-temperature configurations will now account for a much higher proportion of future purchases. The company is clearly one of the many Sprinter loyalists who believe the German van remains the best in class for demanding jobs.