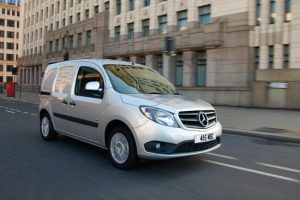 One of the main complaints about the EU referendum campaign as been the amount of hot air and speculation on both sides of the debate. It’s a complex and important issue, but it’s been very hard for any of us to get to get hold of hard facts about what might happen if we leave.

According to a survey carried out by Mercedes-Benz Vans, 22% of van drivers have not yet decided how to vote. Of those questioned, 29% were concerned about whether Britain leaving the EU will have an impact on their business or the businesses they work for.

Although 58% that to some extent, the EU imposes too many rules on businesses, a fifth (19%) of van drivers flagged concerns that working hours in the UK will worsen if the UK were to vote to leave the EU. 40% were concerned that it would be harder to trade with the rest of the UK.

Just over 40% (41%) believe that Britain’s status in the world would be damaged by leaving the EU, making the country ‘less secure’. However, 46% of van drivers felt the country would have greater control of its boarders if the UK votes to leave, with nearly 70% (67%) wanting Britain to reduce the number of migrants coming to the UK to work anyway.

“The nation’s van drivers support the foundations of this country, so their unease in knowing which way to vote is a big indicator of the uncertainties facing the UK public as a whole. Our research highlights real concerns from van drivers, which needs to be addressed by both the Vote Leave and Stronger In campaigns.

This week (11 May 2016), official figures from the Office for National Statistics (ONS) showed that UK industry entered recession following two successive quarters of shrinking output. The ONS measured falls of 0.4% in both the final quarter of 2015 and in the first three months of this year – a technical recession for the sector.

However, the ONS also measured growth of 0.3% between February and March, highlighting further confusion for the public as to the state of the nation. The level of confusion on all fronts is completely understandable.

As things stand at the moment, Mercedes-Benz found that 22% of van drivers haven’t yet decided which way to vote, while a third will vote to remain in and 40% have said they’ll vote to leave.