The Fiat Ducato is now available with Euro 6 engines. But unlike some manufacturers, the Italian firm has opted to avoid using AdBlue to meet the Euro 6 emissions standard. 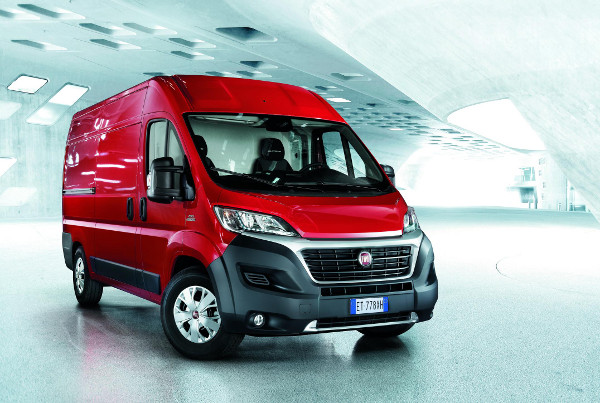 Euro 6 Fiat Ducato vans will not require AdBlue, thanks to an updated EGR system.

AdBlue is required for Selective Catalytic Reduction (SCR), the process used by most vehicle manufacturers to meet Euro 6. The other main approach to emissions reduction for diesel engines is Exhaust Gas Recirculation (EGR).

Fiat has developed a system it calls Low Pressure Exhaust Gas Recirculation (LPEGR) which the firm says avoids the need for SCR by channelling exhaust gasses away after the diesel particular filter (DPF), cooling them in a low-pressure EGR cooler and recirculating them ahead of the turbo charger.

Interestingly, the LPEGR system will be fitted to van and motorhome versions of the Ducato. Minibus versions of the Euro 6 Ducato will use SCR and will have a 15-litre AdBlue tank with a filler point next to the diesel tank cap.

Alongside the switch to Euro 6, Fiat has introduced a new range of engines for the Ducato.

At the bottom of the range is a new entry-level 2.0-litre MultiJet II 115hp LPEGR engine. This will replace the current Euro 5 2.3-litre 110hp model and offer fuel consumption of up to 47.9mpg on the combined cycle. I’d probably only choose this engine for urban/short wheelbase vans, though.

In the middle of the range are updated versions of the firm’s  core 2.3-litre MultiJet II 130hp and 150hp engines. Both engines now have LPEGR to meet Euro 6 standards.

At the top of the range, a new 180hp 2.3 MultiJet II has been introduced to replace the previous 3.0-litre 180hp version. Fiat says that the new, smaller engine will offer a significant improvement in efficiency and emissions, with a combined cycle figure of 46.3mpg and CO2 emissions of 160g/km.

The FIAT Professional Ducato Euro 6, with LPEGR, is available to order now priced from £21,445 plus VAT and on-the-road charges.