The Peugeot Boxer van will now be sold with an updated range of 2.0-litre BlueHDi Euro 6 diesel engines.

This new engine means that all of Peugeot’s van models have now been updates with Euro 6 power plants in order to meet the 1 September deadline after which all new LCVs sold in the UK (and throughout the EU) must meet Euro 6 emissions standards. 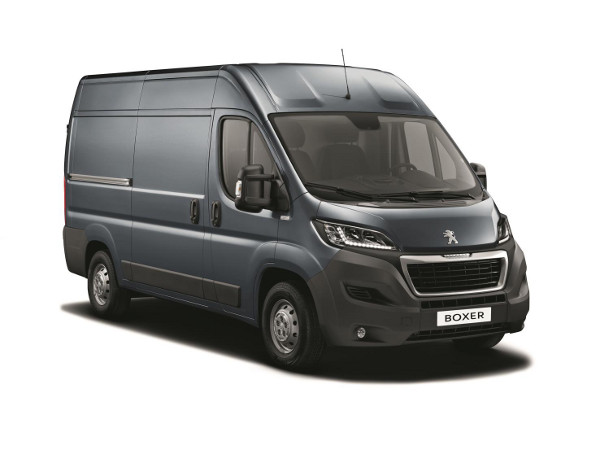 The Peugeot Boxer is now Euro 6 compliant, thanks to a new range of 2.0-litre BlueHDi engines.

The new engine is available in three power levels, all of which are paired with a 6-speed manual gearbox:

Stop & Start is standard or optional across the range. Peugeot says thatthe new engine means that the Boxer can now claim record official fuel consumption figures in the large van segment, with the 130hp version offering 47.0mpg with 154g/km of CO2, a reduction of 30g/km CO2 compared to the Euro 5 version.

Euro 6 is not universally popular with van buyers, in part because the addition of an AdBlue tank and Selective Catalytic Reduction (SCR) hardware can cause payload to fall. Peugeot is keen to emphasise that this isn’t the case here.

The Euro 6 Boxer has the same payload as the Euro 5 models. Slightly oddly, Peugeot is also reassuring customers that maximum speed is the same. I’m not sure that’s a big concern for most van operators, but what will be pleasing for drivers is that the performance of the 110hp engine is significantly improved.

According to Peugeot, the 110hp will accelerate from 0-62mph up to 4 seconds quicker than the outgoing model. Overtaking should also be easier, thanks to a reduction of up to 8 seconds in the 50-80mph in-gear acceleration test.

Extra testing for van use

This 2.0-litre engine is a new addition to Peugeot’s van range, but has been in use in the firm’s cars — such as the 508 and 308 — since 2013. To try and make sure that it offers the kind of durability required for commercial vehicle use, Peugeot has subjected the engine to a tougher testing regime than for cars: