London-based food charity City Harvest collects surplus food that would otherwise go to waste, and distributes it to homeless and vulnerable people.

The group has received a donation of two refrigerated Vauxhall Vivaro vans from dealer groups Now, Tony Le Voi, and GO Vauxhall which will enable City Harvest to extend its work. Currently City Harvest delivers six tonnes of food to more than 100 charities, such as homeless shelters and soup kitchens. Other supporters of the charity include Marks and Spencer, Morrisons, Charlie Bigham’s, Nandos and Whole Foods. 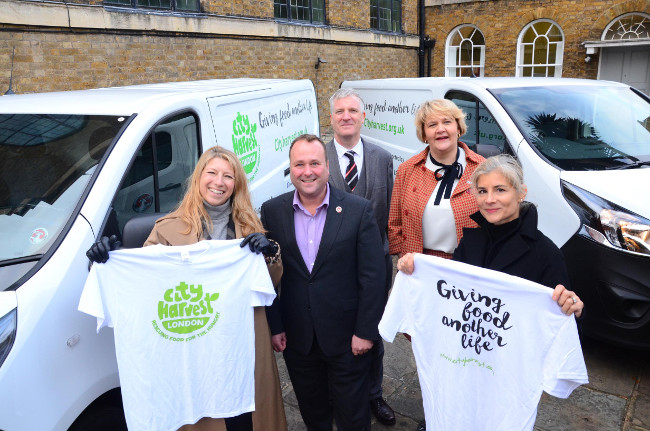 The two Luton-built Vivaro 1.6-litre CDTi L2H1 panel vans, with temperature-controlled conversions by Cold Consortium, were handed over on Friday at the Vineyard community centre in Richmond, one of the locations to benefit from the service. The vans were liveried free of charge by Kent firm Motormode.

Laura Winningham, CEO of City Harvest, says the vans will make a big difference to some of the most vulnerable people in the capital:

“The generous donations from Now, Tony Le Voi and GO will make an enormous difference to those facing hunger across London.”

These Vauxhall vans will enable City Harvest to deliver thousands of nutritious meals each week to people in need and rescue tonnes of perfectly good food from being wasted.  We look forward to this partnership and working together in the community to make a daily impact.”

The level of food waste in the catering and supermarket sector is rightly seen as a scandal. It’s good to know that businesses are coming together to help charities such as City Harvest reduce this waste and put it to good use.