We tend to think of the RAC as a car breakdown service, but in fact it caters to most types of vehicle and also services commercial fleets. To bring more focus to this service and provide improved cover for goods vehicles, the RAC is starting to roll out a dedicated Truck Rescue Patrol service. 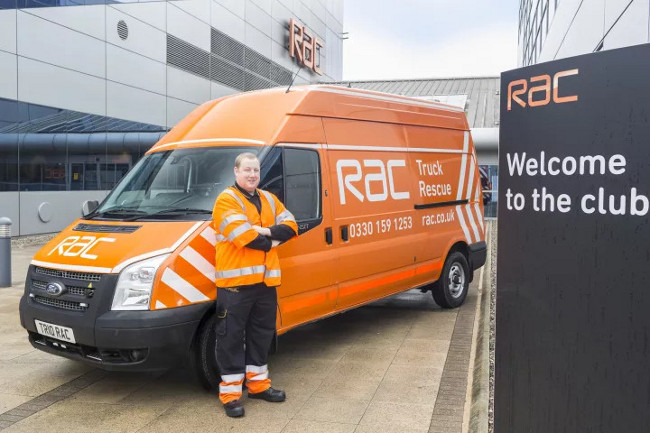 The roadside rescue vehicle will be equipped to deal with specific issues faced by drivers of any commercial vehicles from 3.5t vans to 44t HGVs. These dedicated patrols will operate in addition to the RAC’s network of contractors servicing commercial vehicles. As well as being fully roadside operational, the patrols will also carry items such as compressors, welding equipment and the latest diagnostics tools to support commercial vehicle drivers.

RAC Truck Rescue spokesman Matt Dallaway said the dedicated patrols can offer a more in-depth service to CV fleets, without the need for a costly and a time-consuming full recovery, taking the vehicle off the road.

“We deal with around 100,000 commercial vehicle breakdowns every year, including vans, trucks and trailers, so we know what the most common problems are and a high proportion are fixes that we can do at the roadside.

“We have launched this as a pilot, in expectation of rolling it out in 2017 more widely, as it will mean a significant extension of our capability for commercial vehicle repairs, offering a more in-depth service from a highly trained engineer dedicated to this sector.”

The new RAC Truck Rescue patrol will not only be able to deal with many of the breakdown issues commercial fleets face, but also help vehicles be compliant with as the van will carry numerous parts essential to meeting national standards required by all commercial vehicles.

For example about 34% of electrical faults that caused a preventable breakdown for one of RAC’s biggest commercial customers, were bulb-related.

The RAC Truck Rescue pilot patrol was launched week beginning December 5, and is expected to be expanded across the country during 2017.