I wrote last week about Ford’s plans to trial 20 plugin hybrid electric vans in London. But as I mentioned in the same piece, a number of European countries are already embracing electric vans with much more enthusiasm than UK operators.

Postal services in France and Norway already operate thousands of electric delivery vehicles. Germany is set to follow suit this year. Today in Paris, a new scheme has gone into operation offering businesses access to electric vans through a vehicle sharing scheme. 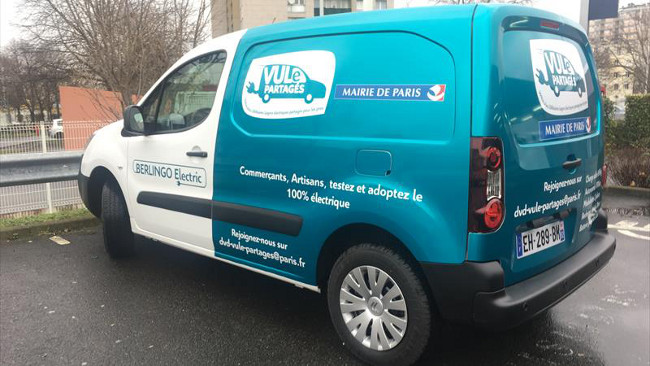 The service, known as VULe Partagés, will be available in the 2nd and 3rd arrondissement of Paris and will make ten vans available, including 4 Peugeot Partner and 4 Citroën Berlingo electric vans.

Small businesses in the city can register on the the scheme’s website in order to use the service.

France’s PSA Group — which includes Peugeot and Citroën — has been producing all-electric vehicles since 1995. The group currently sells five electric models, including two vans, the Peugeot Partner and the Citroën Berlingo (which of course are essentially the same vehicle).