Registrations of light commercial vehicles (LCVs) under 3.5t fell by 4.3% in February, compared to the same period a year earlier. According to the latest figures from the Society of Motor Manufacturers and Traders (SMMT), a total of 13,291 LCVs were registered last month. 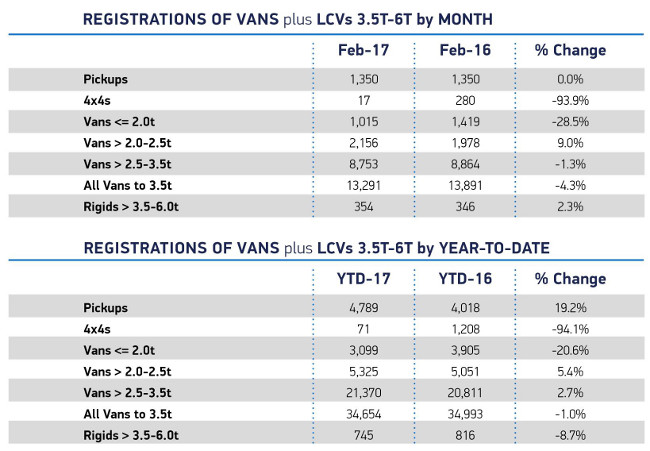 “February is typically a quiet month as buyers look ahead to the March plate change and, following the rapidly growing levels of demand we’ve seen over the past two years, a decline is not unexpected. The sector remains in good health and, barring any shocks to business confidence, we expect demand to remain strong over the coming months.”

It’s certainly true that the market has made a robust recovery over the last few years: 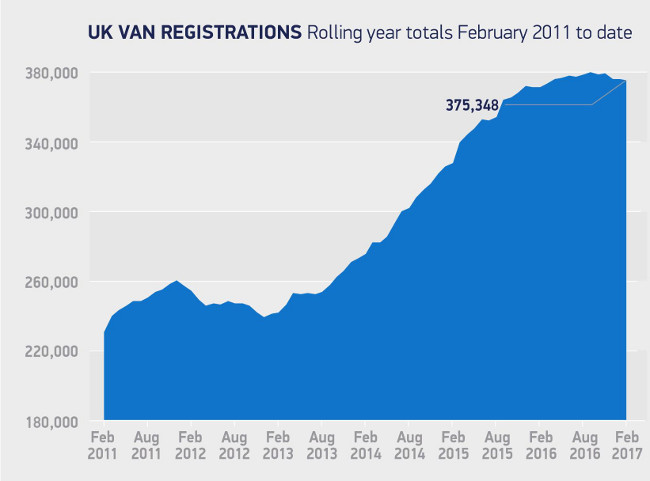 Looking at the figures in more detail, last month saw a 9% rise in registrations of 2.0-2.5t vans such as the Vollkswagen Caddy and Ford Transit Connect. Sales of sub-2.0t vans fell sharply.

There were no surprises in the best seller tables. Ford maintained its stranglehold on the top two positions with the Transit and Transit Custom.

The only other mover of note was Mercedes-Benz. The Sprinter climbed into third place with 807 sales last month, up from 10th place in January: