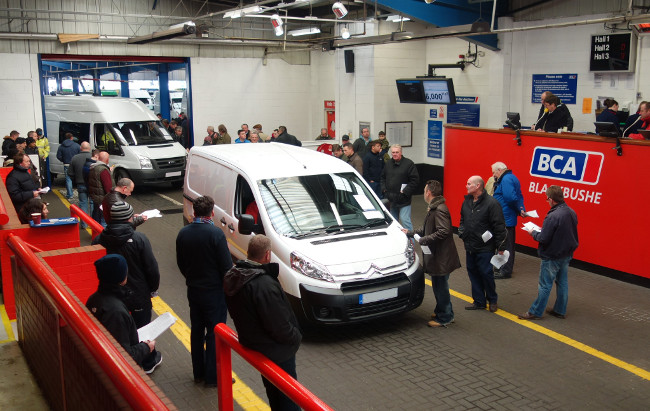 Used van prices fell slightly in Marcn but remain at near-record levels, according to the latest auction sales figures from BCA.

The average priced achieved for a light commercial vehicle at auction was £6,526 in March, down by just £23 from £6,549 in February.

Duncan Ward is BCA’s LCV Operations Director. He struck a surprisingly downbeat note when discussing the figures for March:

“Average selling price data might suggest a buoyant market, but the reality is the market has weakened and conversion rates have been under pressure. BCA’s profile of stock is becoming younger and lower mileage and this is a significant driver of the increasing values we report.”

Ward emphasised that variations in quality and specification are leading to a two-tier market:

“Well specified commercials in retail-ready condition are making exceptional values, while vehicles with an unusual configuration or special equipment will always attract attention from buyers.  In contrast, any LCV available in high volumes, perhaps with damage and a basic specification will have an uphill battle to attract interest.”

It sounds to me as though the market is starting to be more favourable for buyers than sellers. Competitive deals and cheap finance on new models mean that some buyers will be tempted to trade up to new rather than paying over the odds for used.

In the meantime, sellers hoping to dump sub-standard stock in to the market will have to accept lower prices, giving buyers who need a cheap workhorse another option to consider.