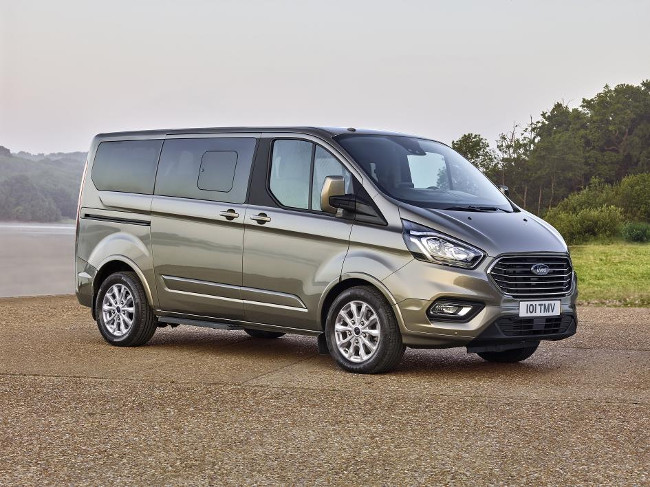 The updated Ford Tourneo Custom will be available from early 2018.

If you’re running an airport transport service or VIP shuttle (or if you have a big family), then the new Ford Tourneo Custom might be worth adding to your short list along with the Mercedes-Benz Viano.

Ford has upped its game with the latest version of this van-based people carrier, which can seat up to nine in a new “premium interior” that “combines the comfort and quality of a luxury car without standing space and practicality”. Ford says that the interior trim has been completely revised and now uses more upscale materials, with a choice of light and dark interior environments.

Powered by Ford’s new EcoBlue engine, the model will be available with a choice of 105 PS, 130 PS and 170 PS power ratings, plus a 17-inch alloy wheel option for “enhanced handling and braking performance”. A range of trim levels will be on offer, including range-topping Titanium X and Sport options, offering maximum luxury and sport styling respectively. 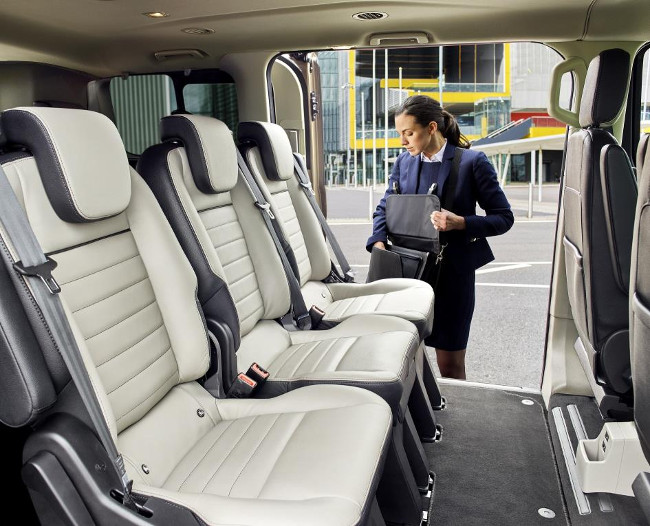 The second row of seats can be swivelled to create conference seating with the third row.

Among the features of the new model are six individual seats which can be swivelled to “conference format”, a 10-speaker sound system and no fewer than six USB ports. Up front, the driver of the new Tourneo Custom will get some of Ford’s car technology, in the firm of the Intelligent Speed Limiter and SYNC 3 connectivity.

This newish feature works with Apple CarPlay and Android Auto and allows you to control audio, navigation and connected smartphones with simple voice commands. You can, for example, push a button and then say “I need fuel”. The system will then identify nearby filling stations.

A choice of eight and nine-seat configurations will be available, with a choice of short and long wheelbase versions. The long wheelbase provides additional luggage space behind the third row of seats.

Production of the new Tourneo Custom model will start later in 2017, with first deliveries scheduled for early 2018.