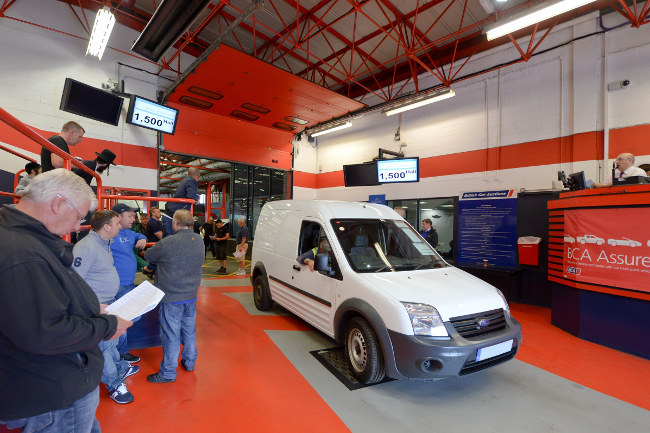 The company said that prices were particularly strong in the fleet/lease and nearly-new sectors, while values of older part-exchange vans fell.

That’s not surprising, given the high levels of ex-rental and other high quality corporate stock that’s hit the market in recent months. Why pay for an old banger when for a little more you can get a much better van?

As usual, the average age and mileage of vans sold last month was lower than that seen during the corresponding period last year:

Duncan Ward, BCA’s LCV Operations Director, said that July had been a good month with “steady demand” accross BCA’s network of locations. However, he cautioned that condition and specification remain important for sellers wanting a good result:

“While demand for larger panel vans was sometimes patchy, there was plenty of interest in any van with a good retail specification and in particular dropsides, tippers and Lutons were much sought after. The lifestyle/4×4 double cab market continues to experience price pressure, largely as a result of the increasing volumes in this sector – basic specification models are more price sensitive than the higher trim models, which the second owner much prefers. Condition and specification remain as important as ever and sellers should be aware that it is vital to appraise and value vehicles accurately to reflect current market sentiment.”

Mr Ward admitted that the growing volumes of corporate stock handled by BCA is helping to drive up the average price of vans sold by the group. Ex-corporate vans are usually from big, well-maintained fleets and are normally under four years old. They’re desirable buys for used owners as they offer good value.

For example, the ex-fleet and lease vans sold by BCA in July had an average age of 39 months and an average mileage of 59,000. The average sale price of £7,716 represented an average of 36.7% of the original manufacturer’s list price. So buyers are able to get a 3.5-year old van for little more than a third of its new cost. It’s easy to see the attraction.