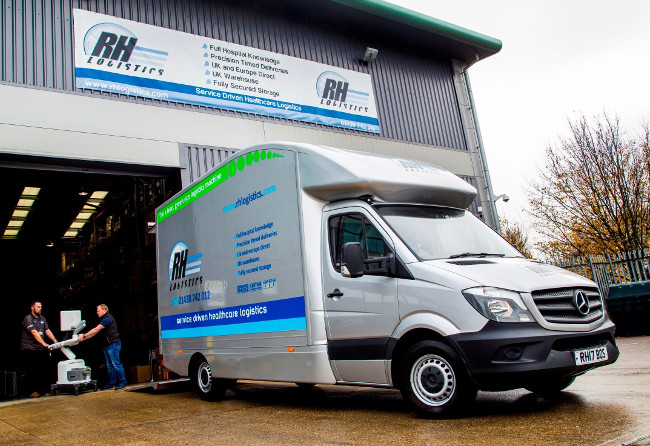 Where vans are concerned, if “you buy cheap, you buy twice”.

The company’s Sprinters are a mix of panel vans and streamlined Lutons featured Eco Box bodies supplied by Manchester’s Alloy Bodies. These are built on long wheelbase Sprinter 316CDI chassis cabs and are — according to Mr Hindle — returning 32mpg on long distance work that sees the vans clock up 150,000 miles per year.

That’s a lot of miles by any standards. Such a testing usage cycle has enabled Mr Hindle to sort the wheat from the chaff in the van market. He says that after giving into the temptation of buying vans with a lower upfront price, he came to regret the decision:

Where vans are concerned, ‘You buy cheap, you buy twice’. We’ve tried various other makes of van and found that we get two-and-a-half, maybe three years’ use out of them, then they die. Whereas after the same period a Sprinter is still fresh and good to go again.”

He’s also happy with the brand image provided by Mercedes vans, saying that even after three years (and perhaps 450,000 miles), “they still look new”.