New van registrations fell by 5.6% to 59,674 in March, according to the latest figures from the Society of Motor Manufacturers and Traders (SMMT).

The biggest decline was seen in the 2.5t-3.5t sector, where new registrations fell by 10.5% to 59,764 vehicles. This is by far the largest segment of the market, accounting for around two-thirds of all van sales. 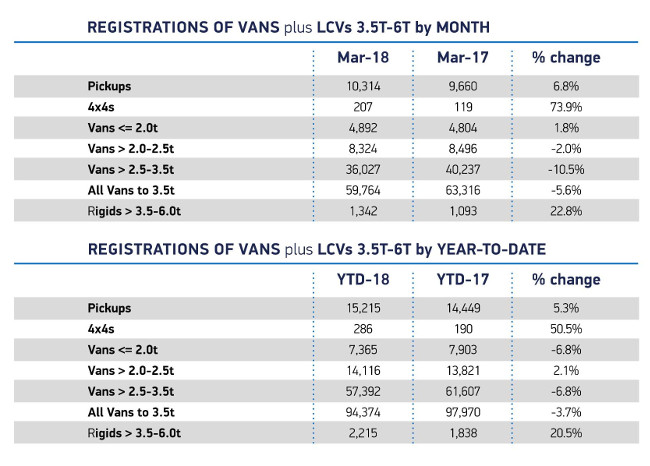 “A decline in the important plate change month of March is a concern and we need the right economic conditions to restore market stability and encourage buyers to invest in new commercial vehicles. The new van market is a key barometer of business confidence and while uncertainty remains, a degree of fluctuation in demand is to be expected this year.

Although new sales may be falling, Ford’s number one spot in the market remains unassailable. The Blue Oval supplied more than one in three of all new LCVs registered in the UK in March, as these figures show: 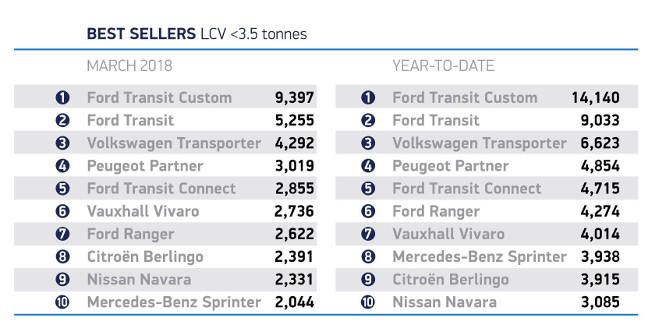 The decline in new van registrations isn’t great news for new van dealers. But looking at this chart of registration numbers since 2012, I can’t help thinking that the natural level for new van sales is probably a little lower than the current level. 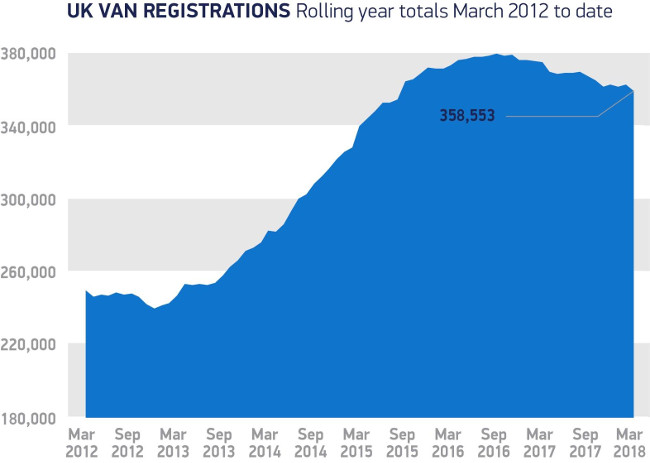 In 2012, the UK was coming out of a deep recession during which many van purchases had been delayed. That backlog was cleared between 2012 and 2016, resulting in a terrific surge in sales. But it now seems logical that annual sales might fall a little. My feeling is that the natural level of registrations might be a somewhere just below 340,000 per year.

Please let me know what you think, especially if you disagree!