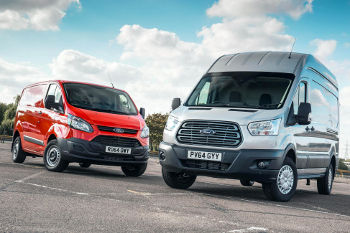 Hertz was chosen as the Van Rental Company of the Year at least week’s VansA2Z Van of the Year Awards 2015, taking home the inaugural prize in this new category.

Competition was strong — there are more than 200 van rental companies affiliated with the British Vehicle Rental & Leasing Association — but the judges rules that Hertz was an “outstanding performer that rated highly across all judged criteria“.

Elsewhere at the awards, it was largely business as usual. Ford’s confident renewal of its entire commercial vehicle range has won the firm a lot of awards (and some new fans) over the last 18 months, and last week was no exception.

The men and women from the blue oval walked away from the VansA2Z 2015 Van of the Year Awards at Twickenham Stadium with no fewer than five awards and several commendations, including: