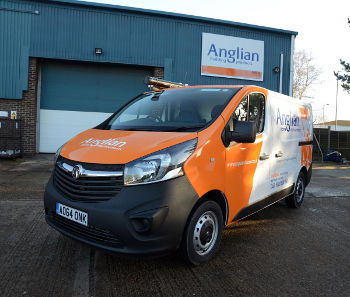 Double-glazing and conservatory specialists Anglian Home Improvements decided to buy British when they needed some new vans for their engineers’ fleet.

The firm recently added 29 new Luton-built Vauxhall Vivaros to their existing fleet, which are expected to deliver reducted fuel consumption and lower operating costs than the firm’s existing vans.

The vans will cover around 30,000 miles per year and boast official an fuel consumption figure of 46.3mpg, along with CO2 emissions of 160g/km — both figures are an improvement on Anglian’s existing fleet average.

“We’ve already received excellent feedback from our drivers who have said that the vehicles are both comfortable and good to drive. Keeping our employees happy is extremely important to us, so we’re very pleased with the comments.”

The new Vivaro went on sale in the UK last summer and is one of the biggest-selling UK-built light commercial vehicles (although sadly, there isn’t much competition in the volume stakes).