Fiat’s new Talento medium van has now gone on sale in the UK. 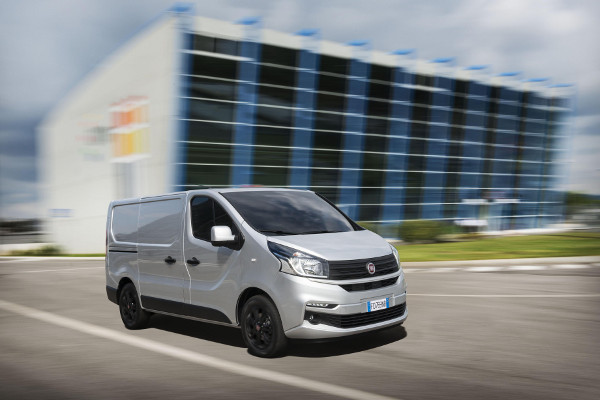 The new Fiat Talento is now on sale in the UK.

The Talento replaces the discontinued Scudo model and is of course based on the Renault Trafic. This brings the total number of medium vans based on the Trafic to four. The Talento should provide an attractive alternative for van operators who want to buy Fiat due to brand or dealer loyalty.

Prices start from £19,795 +VAT/OTR charges and the Talento will be available in a total of nine different body styles. Choices include:

Two engines will be available, with a choice of four power outputs ranging from 95hp to 145hp. All vans come with a six-speed manual gearbox as standard and will use SCR (AdBlue) technology to meet the Euro 6 emissions standard.

The key engine choice for buyers will be between the single turbo 1.6-litre MultiJet diesels and the twin-turbo 1.6-litre EcoJet models. The EcoJet models promise more power, more torque, better fuel consumption and lower emissions — so for operators planning to do plenty of miles, the extra £850-£1,500 on the list price over the entry-level model will probably make sense.

For example, the entry level 1.6-litre MultiJet 95hp model offfers 260Nm of torque and official combined cycle fuel and emissions figures of 43.5mpg and 170g/km respectively. There’s also a 120hp version of this single-turbo engine with unchanged fuel consumption and emissions but 300Nm of torque.

Inside the van has been given a flavour of Fiat but should feel familiar to drivers of the Trafic and Vivao vans. 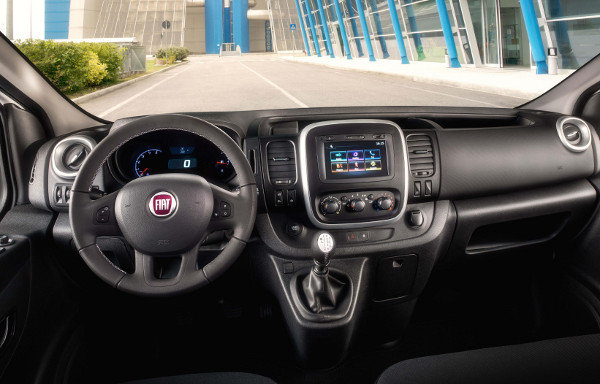 A wide range of options are available, including a range-topping SX specification level which  adds air conditioning, Mobile Office, ViewPlus, rear parking sensors, upgraded “Living Brown” interior trim and enhanced exterior detailing for a cost of £1,000 in addition to the standard model.

In terms of safety, all versions are fitted with LED daytime running lights, ABS with EBD (electronic brake distribution) and EBA (emergency brake assistance) in addition to a sophisticated ESC system with Hill Holder and Traction+ as standard.

Available safety features include side airbags and window-bags a Trailer Stability Assist (TSA) system which guarantees total stability when towing by automatically modulating engine power and braking force applied to each wheel to stabilise both the vehicle and a wayward trailer. A front parking assist system and a reversing camera (with a display in the rear-view mirror) are also available.