Fiat has released the first details of the Talento, a new van model which replace the outgoing Fiat Scudo and provide the Italian firm with a medium van model. 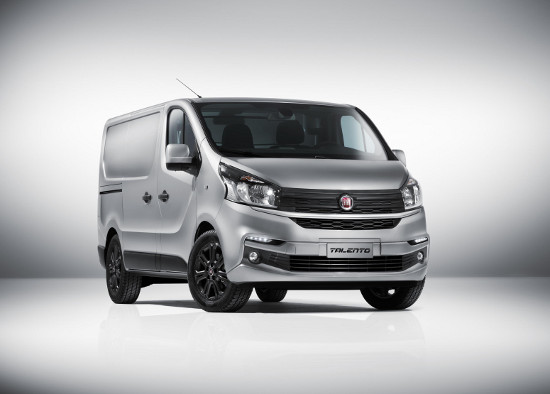 As we’ve previously reported, the Talento is a rebadged Renault Trafic — a model that’s also sold as the Vauxhall Vivaro and Nissan NV300. The Trafic is a good van that’s available in a wide range of configurations.

Although Fiat hasn’t yet released any pricing and specification details, the firm has said that the Talento will be available in van, people-carrier, crew cab and flat bed versions. The vehicle will reportedly use the same powertrains as the Trafic, meaning a range of single and twin-turbo diesel models with outputs of up to 145hp and six-speed manual gearboxes.

Named after an ancient Italian coin, the Talento promises to update Fiat’s van range and will sit comfortably between the smaller Doblò Cargo and the larger Ducato.

Orders for the Fiat Talento will open in mid-May, with pricing and specifications to be announced closer to the vehicle’s UK launch.