In a bid to reduce air pollution in the capital, London Mayor Sadiq Khan is hoping to accelerate and expand the creation of a new Ultra Low Emission Zone (ULEZ) for London.

What was the plan?

For diesel vans and cars, the standard would be Euro 6.

Mayor Khan is now hoping to get agreement to bring forward the introduction of the ULEZ by one year to 2019.

He’s also hoping to introduce a £10 emissions surcharge on pre-Euro 4 vehicles entering London from 2017. That would generally affect diesel cars and vans registered before 2005.

In a more ambitious move, Mayor Khan is also proposing that from 2020, the ULEZ should be expanded to cover the whole area inside the North and South Circular roads for motorcycles, cars and vans.

Why is this needed? 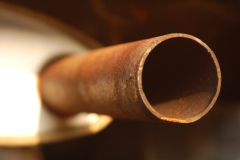 Recent government health statistics make it clear that this is a serious problem:

It’s clear that something needs to be done, in my view. Simply waiting for natural attrition to eliminate older, more polluting vehicles, may not be enough.

Commenting on the proposals, Mayor Khan said that the current situation is the modern equivalent of the smog problem seen in London in the 1950s:

“It is the 60th anniversary of the Clean Air Act of 1956, which was passed following the great London smogs of the 1950s.  The legislation made a huge difference to life in London and saved countless lives.  British politicians at the time did an amazing thing and responded on the scale that was required.  Today we face another pollution public health emergency in London and now it’s our turn to act for the good of Londoners and for future generations to come.

“Just as in the 1950s, air pollution in London today is literally killing Londoners.  But unlike the smoky pollution of the past, today’s pollution is a hidden killer.”

What’s the problem with cutting pollution?

I’ve discussed the failure of the Euro 5 emissions standard before on this blog.

Euro 6 should provide a significant real-world reduction in NOx emissions, but the number of Euro 6 vans on the road remains very low. Although Euro 6 models have been available from some manufacturers for the last year or so, customers were mostly opting for cheaper Euro 5 alternatives.

If Mayor Khan goes ahead with a plan to expand the ULEZ, then van operators who typically use secondhand vehicles could find themselves unable to buy compliant vans ahead of the 2019 deadline.

This is because the majority of the used van market is supplied by fleet and lease firms, who usually keep their vans for between three and four years. Euro 6 vans have only started selling in volume over the last 6-12 months. This means that relatively few are likely to enter the secondary market before 2019/2020.

For van operators who can’t afford or to buy or lease a new van, operating in London could become difficult.

Mayor Khan is lobbying the government to introduce a diesel scrappage scheme to help address this issue, but comments so far from ministers suggest this is unlikely to be adopted.

It may be that operators will be forced to rely on daily and long-term rental vans to bridge the period between the introduction of the enhanced ULEZ and the widespread availability of used Euro 6 vans.

These proposed changes are currently under consultation. If you’d like more information or want to have your say, visit: www.london.gov.uk/cleanair