London Mayor Sadiq Khan has confirmed that he will introduce an additional £10 per day charge for the most polluting vehicles that enter the London Congestion Charging zone. 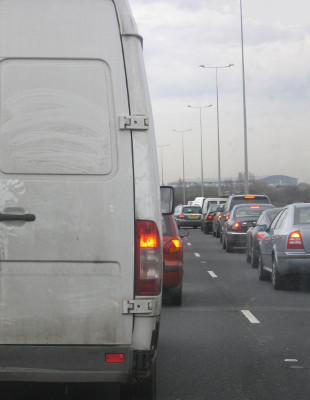 As expected, the new rules will apply from October 2017 to vehicles which do not meet the Euro 4 emissions standard. In practice, this means pretty much any petrol or diesel vehicle made before 2006.

The new T-Charge, or Toxicity Charge, will be applied in addition to the existing £11.50/day Congestion Charge fee and will apply during the same 7am – 6pm/Mon-Fri period as the standard charge.

Although this scheme may be seen as a money spinner for Transport for London, I think the aim really is to make using old vehicles so expensive that people stop doing it.

The new T-Charge will run until 2020, when it will be superseded by planned Ulta Low Emission Zone legislation.

Will rental vans be affected?

Rental vans will be eligible for the new T-Charge fee. But very few reputable rental companies run vehicles that are more than 10 years old. Most rental companies keep their vans for 1-3 years only. If you’re driving a rental van, there’s very little risk that you will be affected by the T-charge, although of course you will still have to pay the regular Congestion Charge.

This is one more reason why it makes sense to rent if you only use a van occasionally.

By hiring a van instead of owning one, you can cut carbon emissions, eliminate the cost of servicing, breakdowns, insurance and road tax and benefit from the latest technology and safety features.

You can find out more about the new Emissions Surcharge on the Transport for London webiste: tfl.gov.uk/modes/driving/emissions-surcharge.