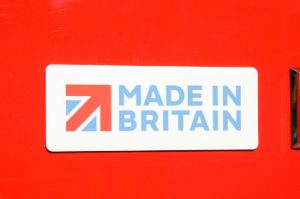 The Vauxhall Vivaro is one of the main volume-produced commercial vehicles builtin in the UK.

However, today’s figures from the Society of Motor Manufacturers and Traders (SMMT) also show that the rise in export demand was offset by an 18% drop in demand from UK buyers.

Why did demand change last month? The weak pound is probably making UK vehicles priced in euros slightly cheaper to buy, hence rising export demand. The switch to Euro 6 emissions may have dampened demand in the UK, as some buyers will have aimed to buy cheaper Euro 5 models while they were still available.

“The drop in production last month comes as no surprise following the regulatory changes last year which significantly altered fleet renewal patterns. Despite the decline, the sector is broadly stable, with output remaining at a high level. Maintaining the competitive trading conditions currently delivered through membership of the single market and which underpin the strength of the sector will be critical to future performance.”

News today that Nissan will produce the next version of its popular Qashqai car at its Sunderland plant suggests that at least one manufacturer is confident about the future of automotive manufacturing in the UK.

Today’s news about the Qashqai comes just a week after Nissan boss Carlos Ghosn met with Prime Minister Theresa May. I suspect the close timing of these two events isn’t a coincidence… I wonder what was said — and if other manufacturers will follow suit/receive the same assurances?