It’s made in Britain and so are the bands who are on tour — Vauxhall’s sponsorship of Independent Venue Week has continued in 2017. The Luton-based firm has once again offered a British-built Vivaro van to a number of up-and-coming bands for for them to use while on tour. 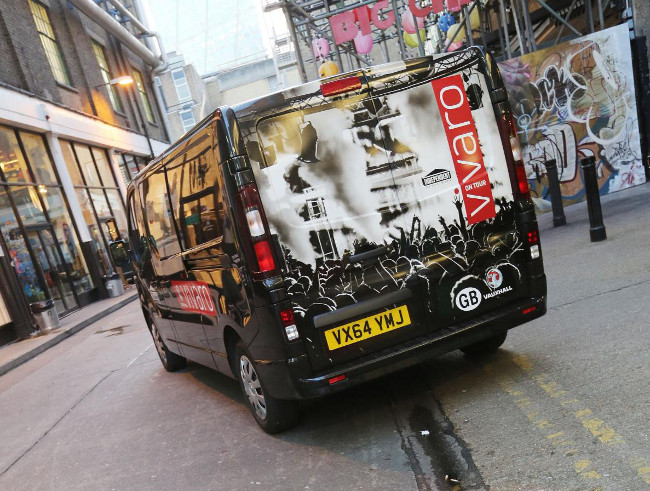 The Vauxhall Vivaro on Tour van

The Vivaro on Tour initiative aims to support rising UK musicians with the use of a Vivaro for free. This invaluable opportunity enables musicians to save a sizeable sum on expenditures, with an estimated £30,000 being saved so far.

This year’s lucky recipients include The Charlatans frontman Tim Burgess’s band Tim Peaks, along with rising bands Yucatan, Horsebeach and Documenta. Since the Vivaro on Tour scheme was launched in 2015, the marque has lent a hand to bands such as  Slaves, Yak, Lif, Dutch Uncles, Frankie and the Heartstrings and Sunset Sons.

Collectively the Vivaro On Tour campaign has travelled over 100,000 miles to areas in Britain such as Glasgow, Newcastle, Sheffield, Bristol, Brighton and London while also hitting the pedal in Italy, France, Germany, Belgium and The Netherlands.

English punk duo Slaves, who took embarked on tour in a Vauxhall Vivaro in 2016 said:

“As a band we’ve been touring for years, it’s what made us the band we are and it’s what we love. This country has such a great live music scene and being able to get out on the road to meet your fans is essential for all bands. Being loaned the Vivaro from Vauxhall was a huge help for us on our last UK tour. Even more so, them also loaning one to our support act Life was a huge help for a brilliant new band, and it’s great to see a British built van investing in UK bands like us to get our music out there to more people”

Independent Venue Week is a week-long celebration of small music venues across the UK, and for its fourth consecutive year, the series of gigs will take place between Monday 23 – Sunday 29 January, 2017. As Independent Venue Week’s most prominent celebration to date, over 120 venues around the country will be taking part, and a remarkable 30 NEW additions are on this year’s roster of venues.

A variety of Independent Venue Week shows are to revealed throughout the year, with some of the participating bands also on the road with Vauxhall’s Vivaro van. Vauxhall will be getting on-board with each band, following their journeys to provide exclusive backstage access, capturing on-tour shenanigans and offering tickets to gigs across Britain.

If you’re a band that’s in need of a van to take on tour in 2016, the Luton-built Vivaro is up for grabs. Go to www.vauxhall.co.uk/VivaroOnTour or contact kate.oyler@vauxhall.co.uk for further information.