I’ve commented before that by building the Vivaro van at its Luton plant, Vauxhall single-handedly provides most of the volume commercial vehicle production in the UK.

To celebrate its contribution to the UK economy and to make sure potential buyers are aware that the Vivaro is made in Britain, Vauxhall has joined the Made in Britain campaign. This was founded in 2011 with the aim of helping everyone identify British-made products.

Every Vivaro built at Luton will now include the tradermark protected Made in Britain badge. 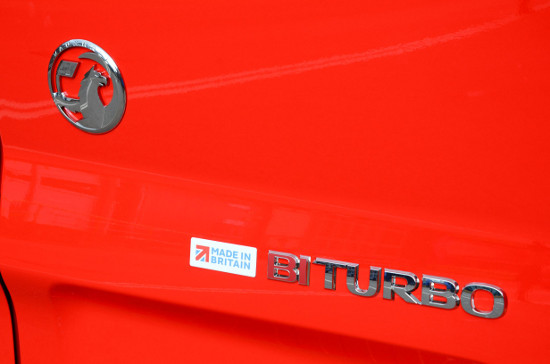 The not-for-profit campaign now includes thousands of products from over 700 members. Made in Britain members range from large manufacturers to small companies and start-ups, with Vauxhall joining Unipart, Naylor, Anglian Home Improvements and the National Gallery among others on the campaign.

“We are very proud of our 113-year heritage of building vehicles in Britain, and being part of this campaign is a great way to communicate this,” said Rory Harvey, Vauxhall’s Chairman and Managing Director.

Last year, Vauxhall manufactured 60,280 Vivaro vans at its plant in Luton, with 28,000 of those sold in the UK. Over eight million vehicles have been built at Vauxhall’s Luton site since 1905. Since the closure of Ford’s Southampton plant in 2013, Vauxhall has been the only volume manufacturer building vans in the UK.