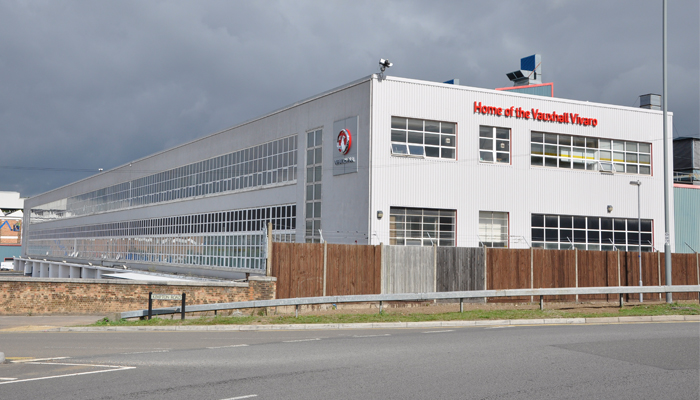 The existing Vauxhall Vivaro plant at Luton will be expanded to produce 100,000 vehicles per year by mid-2019.

The UK’s uncertain progress towards Brexit has left many of our homegrown automotive businesses concerned about the future.

But the new owner of Vauxhall and its European sibling Opel plans to increase investment in the group’s Luton plant in order to increase LCV production capacity from 60,000 to 100,000 vehicles per year by mid-2019.

The factory is currently the home of the Vauxhall Vivaro, the only volume-manufactured van that’s still built in the UK.  Many van hire firms and operators like to buy British, so it’s good news that the choice of UK-built vans is likely to increase following the changes to this plant.

French firm PSA Group plans to invest in the Luton plant to enable it to build LCVs based on the firm’s EMP2 (Efficient Modular Platform) vehicle platform. Vans already based on this platform include the Citroën Berlingo, Vauxhall/Opel Combo, Peugeot Expert and Toyota ProAce, plus various passenger derivatives of these vans.

The end of the Vivaro as we know it?

Today’s press release said the group was targeting “100,000 vehicles per year based on PSA Group’s EMP2 platform”. At present, that doesn’t include the Vivaro, which has historically been a joint venture between Opel/Vauxhall, Renault and Nissan.

However, reports suggest that the next-generation Vivaro will be built on the EMP2 platform. This should secure future production of the Vivaro at the Luton plant, maintaining its long history as “the home of the Vivaro”.

A coup for Luton?

Overall, this news seems to be a coup for the Luton plant. I believe it should guarantee the factory’s future for some years to come.

PSA says that the group’s proven expertise at building vans and its existing paint shop helped swing the deal. A “responsible social dialogue” with the Unite union is also said to have guaranteed “production flexibility”.