The new Peugeot Dispatch and Citroën Expert vans will make their global debut at the CV Show 2016 in Birmingham, on 26 April. 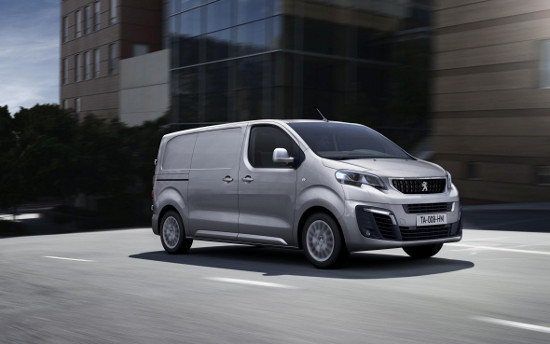 Both firms are part of France’s PSA Group and the two vans will be very similar to each other. The new Dispatch and Expert vans will be based on PSA’s EMP2 platform, which is also used for the Peugeot 3008 and Citroën C4 cars.

Toyota has also opted to use the Dispatch/Expert as the basis for the new Toyota Proace, which will be unveiled as part of Toyota’s comeback appearance at the CV Show.

The new Dispatch/Expert van will be available in three lengths, ranging from 4.6m to 5.3m. Maximum payload will be 1,400kg, while a roof height of 1.9m, should mean that most height-restricted car parks are accessible. 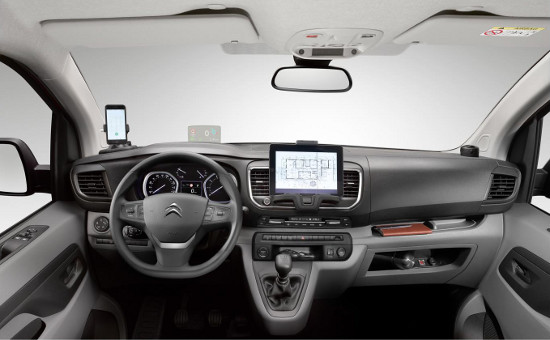 In addition to the standard panel van model, crew van and minibus models will be available. All The standard van will continue to have three seats in the front, while maximum seating capacity for the Combi (minibus) model will be nine people.  There will also be a platform cab model, opening the door to a wide range of potential bodywork conversions.

Diesel engines will all be Euro 6 and will offer a choice of power options from 95hp up to 180hp. Manual and automatic gearboxes will be available. A number of new safety and convenience features will be on offer, including hands-free sliding doors and Active Safety Brake, which is an automatic emergency braking system designed to prevent rear-end collisions.

The MPV version of this van has already achieved a 5-star score in the Euro NCAP safety tests, so this model should continue to raise the safety bar for vans, improving occupant and pedestrian safety.