The average price of a used van sold at auction by BCA rose to £5,879 in March. That’s 4.6% higher than one year ago and the second-highest average price on record. 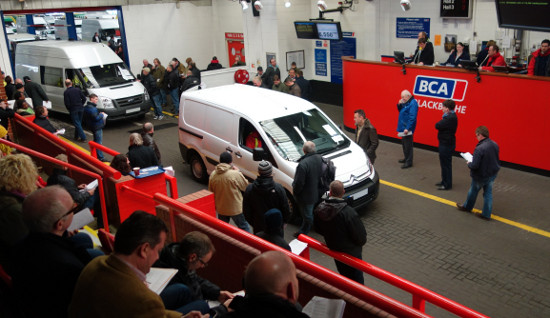 But used vans aren’t just getting more expensive. They’re getting newer, too. The average age of the used vans sold by BCA in March was 55.5 months, down from 58.2 months in March 2015.

Average mileage fell by a similar degree, from 76,215 at this point last year to 73,838 in March 2016. Used buyers will expect to pay more for newer vans, so I’d argue that this change means van pricing is relatively flat.

What does appear to be happening is that the average age of used vans entering the market through auctions if falling. This is presumably a reflection of the steady rise in new van registrations over the last few years.

“Even with the disrupting effect of the Easter break, demand for light vans remained strong in March with trade buyers competing strongly for the best-presented stock. Values remain exceptionally strong and well ahead of where they were a year ago, despite the poor condition of some vehicles reaching the used sector.”

The fleet and lease sector recorded average values of £6,726 in March, an increase of £101 (1.5%) compared to February and the highest monthly value recorded since 2014. Retained value against MRP (Manufacturer Recommended Price) improved to 34.44%. Year-on-year, values were up by £117 (1.7%), although performance against MRP was down slightly.

All in all, a healthy market, with no real signs of weakness at the moment.