It seems fair to say that the CV market is now levelling off after several years of strong growth, although as yet there’s no obvious sign of weakness: 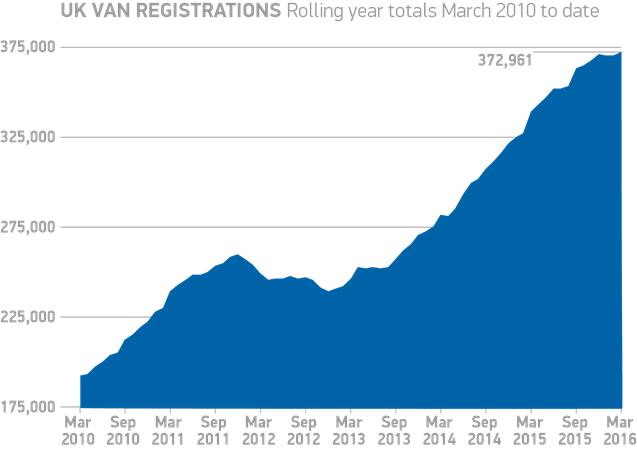 “Traditionally one of the busiest months of the year for the new British van market, March’s new 16 plate gave a welcome boost, closing the first quarter on a positive note after a more subdued start to the year. Following the sector’s record performance set in 2015, we expect to see steadier growth over the coming months.”

Among the big winners in March was Ford. The firm’s van range is gaining market share steadily and the Transit Custom and Transit are first and second respectively in the UK commercial vehicle sales league.

This helped Ford’s van sales hit a new record of 20,877 units in March. This means that the blue oval sold almost one in every three vans registered in the UK last month!

Renault is also performing well. The firm’s UK van sales rose by 20.8% to 6,618 vehicles during the first quarter, giving Renault a 6.6% share of the UK van market.

Overall, a strong performance which suggests the market is mostly holding onto last year’s gains and could continue to perform well.

1 thought on “Van registrations up 3.3% in March as growth levels off”