The new Toyota/Peugeot/Citroën joint venture van and minibus has scored 5 stars in the latest round of Euro NCAP tests. 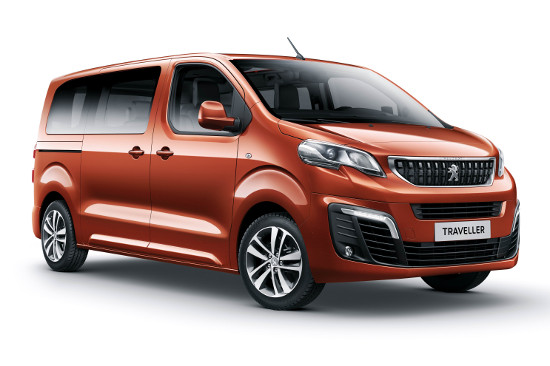 The new Peugeot Traveller is the MPV version of the new Expert van. It scored 5 stars in the latest round of Euro NCAP safety tests and will also be sold badged as the Toyota Proace and Citroen Dispatch.

Before I go any further, I should point out that these tests were performed on the MPV/minibus version of the van, as is normal for Euro NCAP. But I think it’s fair to say that the majority of the findings apply equally to vans, except perhaps for some comments on passenger safety.

Getting back to the test results, the vans concerned are the new versions of the:

These are all essentially the same vehicle, so the Euro NCAP tests only tested one of them, the Peugeot Traveller 2.0 diesel ‘Navette’ (the Traveller is the MPV version of the Expert van).

The test scores are encouraging:

While the occupants were well protected, pedestrians did fare less well as it is commonly the case with larger, taller vehicles. Euro NCAP described the protection offered to the head of a struck pedestrian as “mixed”. This is presumably an inevitable result of the raised and more vertical windscreen and bonnet of a van, compared to a car.

There was also good news in the safety assist category. Safety systems are an area where vans have lacked woefully behind cars until very recently. The Expert scored a reasonable 5.5 points from a possible 7 thanks to a standard fit Electronic Stability Control (ESC), seat belt reminders for driver and front passengers and a driver-set speed limiter.

Other safety systems such as Lane Assist are available as cost options but weren’t fitted to the test vehicle or considered in these tests, which focused on the standard base specification.

Overall, it’s a good result for the new Peugeot/Citroën/Toyota van, and a sign of van manufacturer’s continued efforts to bring their vans up to the same safety standard as modern cars.