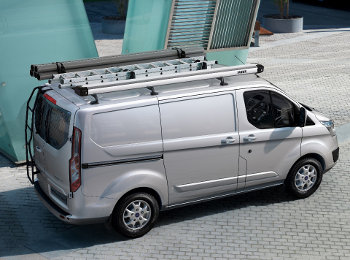 The Ford Transit Custom has been awarded a five-star Euro NCAP rating and an Advanced award in the Business and Family Vans category of Euro NCAP’s 2012 best-in-class safety awards.

New Transit Custom achieved 77 per cent for overall protection after becoming the first vehicle in its class to earn a five-star Euro NCAP rating that also applies to the new Tourneo Custom people mover.

Last year, Brentwood-based Ford became the first car manufacturer to achieve a total of seven different Euro NCAP Advanced rewards in recognition of a wide range of technologies that Ford has introduced across a number of vehicles.

The Transit Custom earned the Advanced reward thanks to its Lane Keeping Alert system. Although this type of system is quite widely implemented in new cars already, vans have historically lagged behind cars in terms of safety features, despite their large size.

“Euro NCAP is recognising the efforts of some manufacturers already offering a higher level of occupant protection in their cars, but today safety means more than protecting occupants in a crash. Through the expansion of our tests and the assessment of important active safety systems, our aim is to inform and allow all road users to benefit from safe cars with advanced systems in the most affordable way, and to contribute in reducing the number of road accidents.”