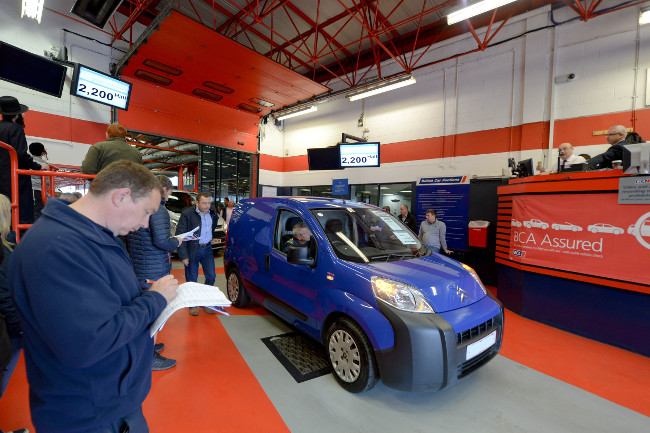 Average used van values hit a record high of £6,764 in October, according to remarketing group BCA.

Ex-fleet and lease vans plus older dealer part-exchange models fetched record prices, according to the auction specialist. But BCA warned that demand for used vans is dependent on specification and quality. The pricing gap between the best and worst examples grew during the month, with the firm citing “hard-worked, damaged or base specification” vans as being least desirable.

Looked at over the last year, October’s average price represented a 6% (£386) increase on one year ago. Part of this can be attributed to the ongoing decline in average age and mileage.

As I’ve commented in previous months, higher volumes of younger ex-rental stock have helped to change the age and mileage profile of vans passing through the auction halls.

Interestingly, the trend towards younger, lower mileage vans isn’t just evident at the top of the market. BCA says that the average age and mileage of part-exchange vans (typically the oldest and cheapest at auction) has also fallen versus last year. This is one reason why part-ex values have risen by 9.1% over the last year.

However, what this also means is that more and more van owners and operators are trading up to newer models. With manufacturers offering attractive deals with low-cost financing and leasing options, it’s easy to see why. But I’d imagine that this process must be finite. At some point, I’d expect that everyone who wants and can afford a new van, will already have one.

My money is on a drop in the new and used markets over the next year. Although I’ve said that before and been proved wrong, so who knows?