There is no doubt that the latest diesel-powered Ford Transits are respectably brisk for vans – but they aren’t really fast, are they?

Not even the desirable Ford Transit Sportvan can lay claim to true high performance credentials, despite its GT40-style go faster stripes.

Perhaps that’s why no fewer than three Ford Transit Supervans have been built over the years, starting with the Supervan 1 in 1971: 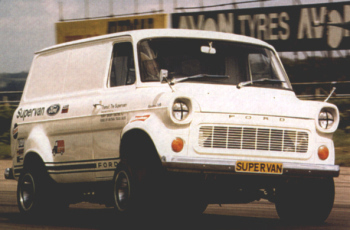 The Supervan 1 was powered by a rip-snorting 400bhp V8 engine as used in Ford’s victorious GT40 Le Mans cars. It did 68mph in first gear and was good for 196mph in fifth.

For a time the Supervan 1 reigned supreme – but the launch of the Mk2 Transit meant that the time was ripe for a successor – the Supervan 2, which was unveiled at the Donington Truck Grand Prix in 1984: 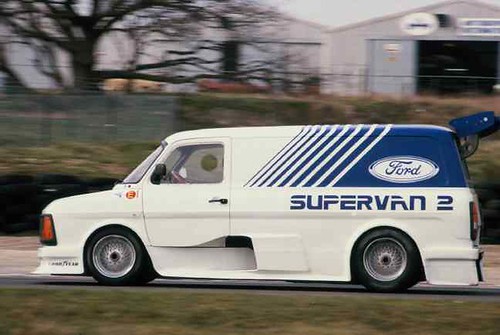 The Supervan 2 was powered by a long-stroke version of Ford-Cosworth’s DFV Formula 1 engine and was later clocked at 174mph at Silverstone. What more can I say?

Time took its toll on the Supervan 2 and ten years later the Supervan 3 was born. Although technically a complete rebuild of the Supervan 2, it was virtually a new van and used the then-new Ford Transit Mk3 body shape: 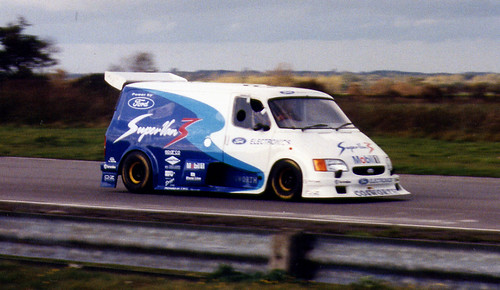 The Supervan 3 remains in service today and has proved a highly-effective publicity tool over the years. It has an estimated top speed of 150mph and now forms part of the Ford Heritage Vehicle Collection.