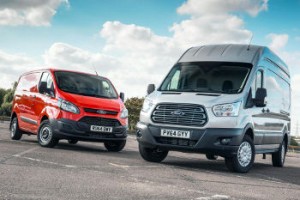 The Transit nameplate celebrates its 50th anniversary this year, and according to Ford, more than 8 million Transit and Transit Custom units have now been sold, meaning that on average, one new Transit has been sold every 180 seconds for the last 50 years!

As a two-time Transit owner myself, I’ve done my bit — but collectively, these vans are boosting demand for Ford commercial vehicles, with sales at an all-time high in March up 43 per cent at 16,497, compared with March 2014.

“The Ford Transit has touched the lives of most of us,” said Mark Ovenden, chairman and managing director, Ford of Britain. “From house moves to moving people, the Ford Transit is an essential tool to get the job done. It has become a mobile office or workshop for some – and loved by us all.” 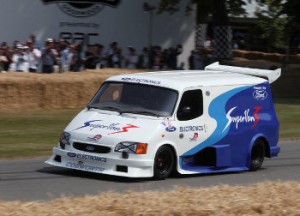 The Transit has evolved considerably over the years, with a range of bodystyles, plus technical advances such as side-loading doors, radial ply tyres and halogen headlights, to direct injection diesel engines, high security locks and standard anti-lock brakes.

In addition to this, there have also been a number of one-offs and specials, most notably the Cosworth V8-powered Supervans (Supervans 1 and 2, 3 and 4).

The success of the Transit has seen production expand beyond Europe, including facilities in Nanchang, China.

In 2014 the Transit entered North America for the first time, with the all-new two-tonne Transit being built in Kansas City, Mo, as part of Ford’s drive to standardise its model range across the globe.

2 thoughts on “In the time it takes you to read this, someone will buy a Ford Transit”