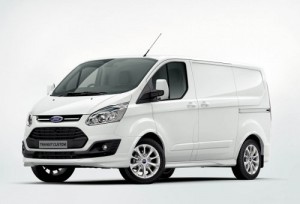 The new Ford Transit Custom is now in production

The new Ford Transit Custom ECOnetic provides fuel economy on a par with the company’s large people carrier, the S-Max*, according to the Brentwood-based company.

The Transit Custom ECOnetic achieves best-in-class fuel consumption from 46.3mpg, a reduction of eight per cent against its predecessor, and CO2 emissions from 162 g/km. This is pretty impressive but what interested me most is how Ford is achieving these gains.

The key is control

This is a concept I first wrote about in 2010, when it became available as an aftermarket system from a company called Zeta. Currently, there’s also a device called Econospeed that you can buy as an aftermarket fitment that also does the same job.

The concept is simple and, I imagine, devastatingly effective. Anyone who is honest and has driven a modern van knows that when empty, they can be remarkably fast, as long as you don’t mind paying the fuel bills. Acceleration Control solves this problem from a van operator’s point of view and should also offer other benefits, such as reduced tyre and brake wear. I suspect it will fast become standard fitment to all commercial vehicles, especially larger ones. 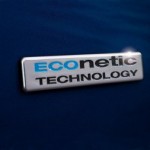 Acceleration Control isn’t the only thing that helps the Transit Custom ECOnetic to save fuel.

Powered by a 100PS version of Ford’s 2.2-litre Duratorq diesel engine, the ECOnetic model also offers standard Auto-Start-Stop that can reduce fuel consumption and CO2 emissions by up to 10 per cent in urban driving.

Like it or not, the name of the game is saving fuel and cutting costs — and that’s not going to change anytime soon, if ever.