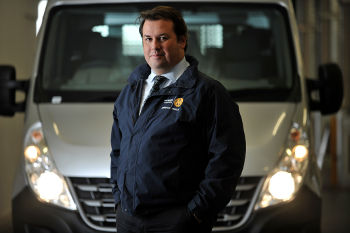 Used van values could fall by up to 10% between now and 2020, according to James Davis, head of commercial vehicles at Manheim, one of the UK’s largest vehicle auctioneers.

The firm has one of the largest databases of used vehicle data in the UK, and has recently analysed the trends seen in the used van market over the last five years.

The results may surprise you: despite the average used van being 12 months older and having 8,200 extra miles on it, when it is de-fleeted by its first owner and hits Manheim’s salesrooms, it now sells for 9.5% more than it would have done in 2010.

At the start of the current decade, the average age of a van sold by Manheim was 4.5 years. Today that figure is 5.5 years, demonstrating how the worst recession in recent decades forced many van operators to extend fleet replacement cycles and run older vans for longer.

The biggest volume sector of the van market is the large panel van, and here the changes have been slightly different. The average age of large vans hitting the salerooms has only risen by 4 months over the last five years, but the average selling price has exploded, rising by 33% in just five years.

To me, this suggests that buyers were getting desperate for additional vans but couldn’t enter the new market, so were happy to pay over the odds. In my view, this is a price rise that is almost certain to unwind, possibly quite dramatically.

I suspect we’ll see a fall of more than 10% in this sector, especially as Manheim says that the average age profile in this sector remains high: 37% of the large panel vans sold by the firm in the first quarter of 2015 were more than seven years old.

The latest SMMT figures show that the majority of the volume increase in new registrations is in the large panel van sector. If this continues, it could flush out a large number of older vans onto the used market, weakening prices.

The outlook for used vans

Mr Davis’s estimate is that used van prices could “re-align” (that’s fall) by up to 10% by 2020. That seems a reasonable estimate, although if the current economic growth continues, I wouldn’t be surprised if the fall is greater, especially in the overheated large van market, as I explained above.

Manheim’s view matches that of competitor BCA, and this should be good news for used van buyers: over the next 2-3 years, better quality, younger used stock should start coming onto the market in greater volumes, as fleet replacement periods return to historic norms.