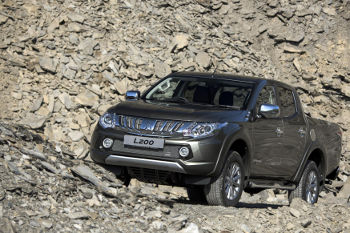 The current Mitsubishi L200 has proved one of the most popular pick-up models in the UK since its launch in 2006, outselling all of its competitors.

The market doesn’t stand still, however, and the standard of competition has changed considerably since then, not least because all other pick-up models seem to have got larger.

Mitsubishi’s all-new L200 Series 5 will go on sale in the UK in September, with prices starting from £19,749 for the entry level double cab 4Life model and rising to a starting price of £23,799 for the range-topping Barbarian version.

The chassis and body have been updated to cut weight, increase space and improve interior comfort, although Mitsubishi’s distinctive ‘J’ curve body design will remain, helping to distinguish the L200 from its competitors.

Combined load bed capacity and towing capability will rise to 4,100kg, a best-in-class figure, although assuming the payload is 1,000kg, that leaves 3,100kg for towing capacity. That’s typical, rather than outstanding — although I haven’t confirmed this assumed breakdown of the 4,100kg figure with Mitsubishi. 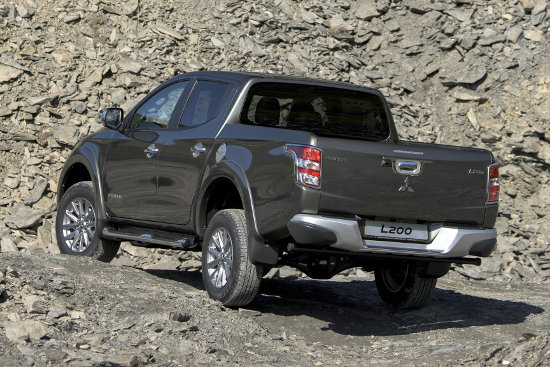 There will initially be a single engine option, offering 178bhp and 430Nm of torque at 2,500 rpm, via a six-speed manual or automatic transmission.  At 10.4 seconds, the new L200 will be two seconds quicker to 62 mph than its predecessor.

For the legions of owners who only use their pick-ups on road, this could be an attractive proposition. Combined cycle fuel consumption of 42.8mpg and CO2 emissions of 169g/km are also a positive. As most L200s will be used on road, a 2-second improvement in the 0-62mph time, which drops to a respectable 10.4 seconds, will be welcome, as will the availability of lane departure warning, trailer stability assist, hill start assist and ABS with electronic brake force distribution. 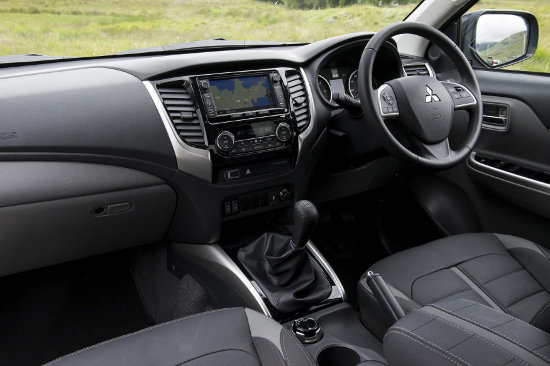 The L200 is almost certain to be a success, although drivers who spend most of their time on small country roads may lament the fact that like all its peers, the new L200 is a little wider than the outgoing model…