The Nissan-Renault alliance has been a fruitful one in recent years. The outgoing Nissan Primastar van was a re-badged Renault Trafic.

It’s no surprise to find that the Primastar’s replacement, the NV300, will be built by Renault and based on the same platform as the new Trafic.

Renault confirmed yesterday that the new NV300, which will go on sale later this year, will be built at Renault’s Sandoubille plant in France on the same line as the new Renault Trafic. 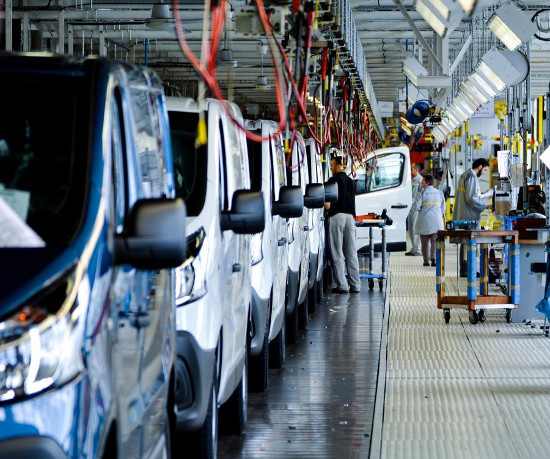 Renault Trafic vans being built at the firm’s Sandouville plant in France. The Nissan NV300 will be built on the same line as the Trafic.

The NV300 nameplate is no surprise, given the existence of the smaller NV200 and larger NV400. NV stands for Nissan Van is part of the companies new global naming policy. Nissan trucks will be badged NT. Nissan pick-ups, such as the new NP300 Navara, are now badged NP.

Anyone thinking that the partnership between Renault and Nissan is somewhat one-sided may be mistaken, however. The new Nissan NP300 Navara is expected to go on sale as the Renault Alaskan pick up later in 2016.

2 thoughts on “Nissan Primastar replacement will be Renault-built NV300”