Nissan has unveiled the new NV300 van — the long-awaited replacement for the Primastar medium van. 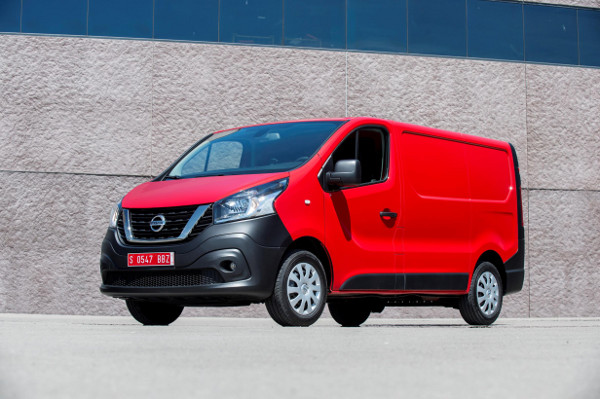 Like the Primastar, the NV300 is based on the Renault Trafic/Vauxhall Vivaro. The NV300 will be built at the Renault-Nissan Alliance factory in Sandouville, France and will be on sale across Europe from November.

The NV300 boasts a payload of up to 1,300kg and will complete Nissan’s LCV range, filling the gap between the firm’s own NV200 van and the Renault Master-based NV400.

Four NV300 panel van models will be available, based on two wheelbase choices and two roof heights. A six-seater crew van and chassis cab models will also be offered, as will a nine-seater Combi.

The NV300’s attractions include a five-year/100,000 mile warranty, which trumps the four-year offering available from Renault and Vauxhall. Dealership or fleet marque policies might also tempt buyers to choose the NV300 in favour of its near-identical siblings, the Trafic and Vivaro. 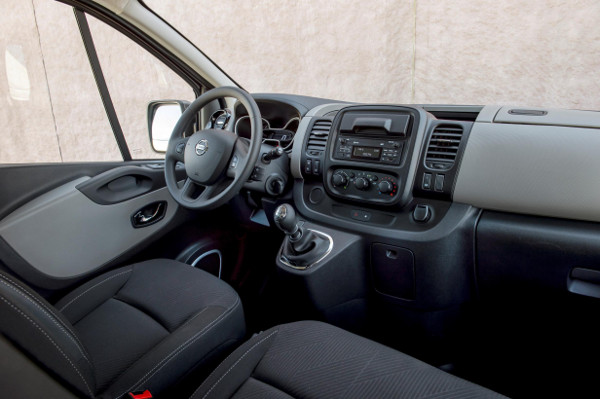 Inside the new Nissan NV300

Four engine options will be offered on the NV300, all of which are based on Nissan’s tried and tested 1.6-litre dCi diesel engine. The same engine is also used in the Qashqai and X-Trail crossovers.

NV300 buyers will be able to choose from power outputs of 95hp, 120hp, 125hp and 145hp. The first two are single turbo engines, while the latter pair are twin turbo. All are mated to a six-speed manual transmission. Not all engines will be available with all body styles.

The twin turbo models have Stop & Start engine technology for reduced fuel consumption, plusan ECO mode switch with gear shift indicator. It’s also an option on 95bhp unit. This allows drivers to optimise fuel consumption by limiting torque and smoothing accelerator response. The most efficient panel van is the 125hp, with Combined Cycle fuel economy of 5.9 litres/100km and CO2 emissions of only 155g/km.

Across the range, fuel consumption is on average 1.0 litres/100km lower than the Nissan Primastar. Nissan believes that this, plus the five-year warranty and two-year/25,000 mile service interval will give the NV300 the lowest running costs in its sector.

It certainly seems a tempting package.