Volkswagen has unveiled an all-electric version of its new Crafter van at the IAA Commercial Vehicle show in Hannover.

Although it’s still a concept at this stage, the firm says that an electric Crafter was always part of the plan for the new range and that the first e-Crafter vans “will be in customer hands by 2017”. 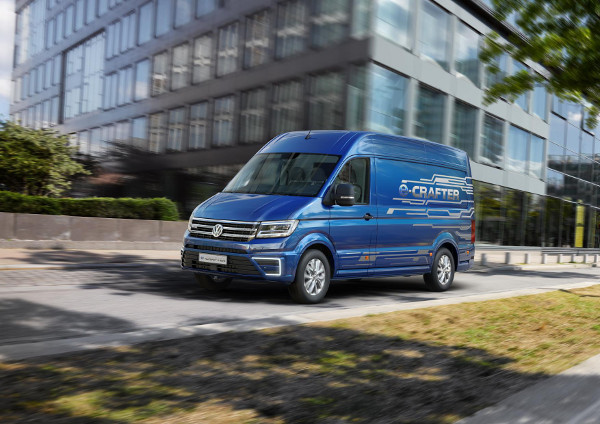 The Volkswagen e-Crafter electric van concept is expected to go into production in 2017.

VW says that the e-Crafter will have the same loadspace as conventionally-powered models, with a payload of up to 1.7 tonnes. Maximum speed will be limited to 80km/h (50mph), enabling the e-Crafter to deliver a range of more than 200km (125 miles).

However, VW says that future options may include more powerful battery packs providing a range of up to 400km (250 miles).

The concept vehicle’s battery pack, which is made up of 312 cells and has a total capacity of 43 kilowatt hours, is accommodated in under the cargo space floor, so it doesn’t alter the internal space that’s avaialble. Drivers with access to a fast charger will be able to charge the 43kWh battery to 80% capacity in just 45 minutes.

More details to follow when the e-Crafter goes into production.