Is the noise and hype surrounding electric vans being translated into sales? I’ve long been a supporter of the business case for electric vans, but new figures from Renault suggest that the electric revolution still has a long way to go before it starts to affect the wider LCV market. 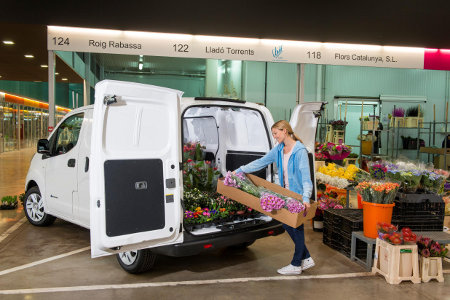 Many vans do less than 60 miles a day and never venture outside the city — the ideal usage scenario for electric vehicles.

According to Renault, the Kangoo Z.E. is Europe’s best selling electric van, accounting for 42.6% of the all-electric European LCV market in 2015. Renault says that it sold 4,325 Kangoo Z.E. vans last year, implying that total electric LCV sales in Europe were 10,152 units.

That may seem a reasonable number — and it is certainly much higher than a few years ago. But in the UK alone in 2015, 423,894 new LCVs were registered. Looked at in this light, electric van sales need to rise by around a factor of ten before they might start to have a significant impact on pollution levels and business buying habits.

I remain bullish about the potential for electric vans, however, simply because they are so obviously well suited to many types of operation. Electric vans are gradually making inroads across Europe too. Examples include the Norwegian and French postal services, British Gas and a growing mixture of public sector organisations and SME businesses.

Big potential cost savings are on offer: a report last year from the government and industry-backed Go Ultra Low campaign found that British businesses could save up to £2.6bn per year by switching to electric.